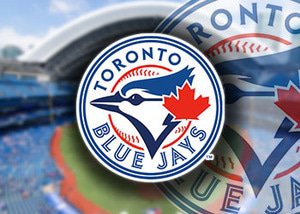 There's an exciting season ahead for the Toronto Blue Jays and for all Canadian sports betting fans, and we are set to see some of the best MLB betting odds in quite some time. The team is shaping up to be a great contender for the Fall Classic. They ranked fifth in the American League in runs last year racking up 759 and were third in the homers with 221. They will be looking to improve on this and the news of manager John Gibbons getting a contract extension will help. If you are looking to bet on baseball in 2017 and fancy the odds on the Blue Jays, then keep reading for more information.

The Toronto Blue Jays have sat at MLB betting odds of +1000 since the beginning of Spring Training, but have since then dropped to +1200 to win the championship. Their over/under win total, however, remains steady at 86.5. Some fans may have panicked as they watched the team's struggles but you have to remember they were one of Grapefruit League's best teams in 2015 and 2016. The Blue Jays have also been missing players this spring with the likes of Josh Donaldson, Jose Bautista, and Devon Travis off in the World Baseball Classic. New addition Steve Pearce is also battling injury. To come out on top in the championship, it is imperative that Donaldson, Tullowizki, and Bautista are kept healthy. Donaldson has betting odds of +1600 to lead the majors in home runs this season and predictions are that he will bat .276 with 34 dingers in 2017.

To come out on top in the championship, it is imperative that Donaldson, Tullowizki, and Bautista are kept healthy.

The Toronto Blue Jays have the third-best lineup in the American League East coming in behind the Boston Red Sox and Baltimore Orioles. They also appear to have the second-best rotation in the AL East behind Boston. The Blue Jay could, however, be number 1, if the Red Sox lefty David Price continues to have elbow trouble.

Betting Predictions for the Toronto Blue Jays, who are currently +250, show that they could finish second in the division and this could be enough to qualify them for the AL's second wild-card spot. The Blue Jays may be the underdog, but the latest MLB betting odds are for them to make the playoffs. They have been listed at odds of +120 to make the playoffs and -150 to miss them. 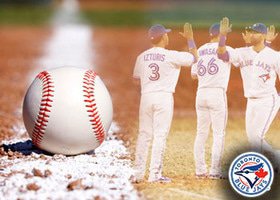 The 2017 Toronto Blue Jays roster has a couple of injuries. Roberto Osuna is out due to back spasms but could be eligible for return on the 9th of April. Bo Schultz underwent elbow surgery and is out for the season. Glenn Sparkman fractured his right thumb and won't make an appearance till late April. Dalton Pompey is out because of a concussion sustained in the World Baseball Classic. With injuries out of the way, there are a few players who are making the hot list including Jose Bautista, who's combined spring numbers are .383 average, .453 on-base percentage, 3 home runs, and 13 RBIs. Devon Travis is another name making this list as is Kevin Pillar who hit .345 in spring and has raised is OBP to .406. J.A. Happ is another one to watch as the season gets into full swing. In fact, the entire starting rotation will be key in the Jays' success this year. We may have downgraded our batting lineup with the loss of Edwin Encarnacion, but many analysts believe that this is the top starting rotation in the majors. If the Jays are going to make a run at the post season, we'll need to see Estrada, Happ, Stroman, Liriano and Sanchez remain healthy and as effective as they were in the 2015 campaign..

The Toronto Blue Jays 2017 schedule has been released and there are some exciting games for all those looking to bet on baseball in 2017. Be sure to check out the MLB betting odds for the Blue Jays against the Cleveland Indians, the team they lost to last season. This game takes place in May 2017. There's even more exciting action to come in the game against current World Series' champions, the Chicago Cubs which takes place in August 2017. You can view the full Toronto Blue Jays calendar of games at the MLB.ca website by month so that you can make sure you get the best MLB betting odds.

In 2016 the Toronto Blue Jays advanced to the playoffs of the American League where they were defeated by the Baltimore Orioles in the Wild Card Game, the Texas Rangers in the Division Series, before finally losing to the Cleveland Indians game five of the American League Championship Series. They've come so close to winning the World Series over the years, with them begin called the AL East powerhouse from 1985 to 1993. They were also back-to-back World Series champions in 1992 and 1993. They failed to qualify for the playoffs for 21 consecutive years after that but they were back in 2015 and 2016 having won the AL Division Series both years.

The big standout games for the Toronto Blue Jays are game 4 of the 1992 ALCS against the Oakland Athletics, where the Blue Jays rallied back from a 6-1 deficit after seven innings to a 7-6 victory in 11 innings, 3 games to 1 lead in the series and an eventual 4-2 ALCS series win. The other historical game was Game 4 in the 1993 championships in which the Blue Jays came back from a 14-9 deficit to win 15-14 and take a 3 games-to-1 lead in the series. This remains the highest scoring game in World Series history.

Their history has helped shape them into the team they are today and the promise of a bright 2017/18 season.

For those wishing to bet on baseball and in particular, the Toronto Blue Jays, there are plenty of options available.

Sports betting online is very popular and you can use the live in-play betting options to make some great bets with ever-changing odds and betting lines as the game progresses. We have all the information you need for these online bookmakers so be sure to read our reviews and avail of our Canada friendly bonus offers too.

Countdown to the World Series - What Are The Jays' Odds

Opening day is the first step to the World Series championship where the best MLB team of the year is crowned. The opening day for the Toronto Blue Jays was on Monday, April 3, and it could be indicative of what the season ahead will hold. In their opening game, we saw the Baltimore Orioles win by 3-1 after Dylan Bundy struck out eight over seven impressive innings and the Baltimore Orioles used home runs by Adam Jones and Chris Davis to take the match. Will the Blue Jays come back to take the lead in the next match? We'll have to wait to find out but the MLB odds and predictions look good.