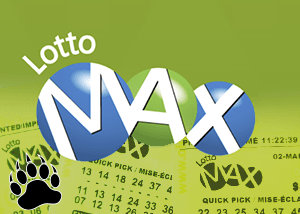 The lottery is a pretty common form of gambling in Canada. Every year, millions of dollars are wagered on the result of the lottery draw. There is a variety of lottery games residents can choose from, with Lotto 6/49 and Lotto Max being the most popular. If you're looking to become the next Lotto Max Winner, there are a few basic rules you must keep in mind. Firstly, tickets can be purchased from authorized dealers or online via the Crown Corporation's official websites.

To win the jackpot, you're required to match all 6 of the winning numbers drawn. Note that if more than one person wins, the prize will be split equally amongst the winners. If no one wins the prize, the jackpot will be rolled over to the next drawing. However, there are secondary prizes up for grabs by matching fewer than 6 numbers too. The chances of winning any prize are roughly 1 in 13 million for Lotto Max and 1 in 6.6 million for Lotto 6/49.

You must also know that players have got 12 months from the date of the draw to claim their winnings. Winnings over $5,000 must be redeemed at a lottery office but smaller winnings can be claimed at authorized outlets.

This lottery game is yet again the main talk of town across Canada as its top prize has remained untouched for a while now. This Thursday, Lotto Max is set to unleash the main jackpot of a whopping CA$70,000,000 as the most recent draw didn't get a lotto Max winner from any of the Canadian provinces. Every week, there are at least two draws of this very popular lottery game, so you want to keep your eye on the prize as you could be the next Lotto Max winner.

The Main Jackpot Up for Grabs

Once again, the prize was a projected CA$70 million prize and many folks got their tickets before the draw. The drawn numbers were as follows 12, 26, 30, 31, 35, 39, 45, and the bonus number 22. The main high jackpot not only resulted in an increase in the purchases of tickets but also the number of extra prizes.

The main jackpot couldn't go higher as it's usually capped at a certain amount. However, the additional prizes of CA$1 million could be won by numerous players. This Tuesday brought 15 additional prizes too, and only one of them was won through a ticket bought in the Atlantic Provinces as reported by the Atlantic Lottery Corporation. So, there are still many prizes waiting for the next Lotto Max winner.

Lotto Max winners must claim their prizes within one year as we stated earlier. As time progress, and if nobody comes forward to claim the prize, more information about the Canadian winner will be released to try and track them down for their prize. On May 27, the next Lotto Max draw will be revealed with the max main jackpot of CA$70 million. Additionally, there will be about 28 CA$1 million mini jackpots to be won.

Regarding unclaimed prizes, there is a Lotto Max winner in Ontario who is yet to claim their prize. The Ontario Lottery and Gaming Corporation also reminded the public there is a ticket bought in Ottawa. The ticket is qualified for the extra prize on the way through the regular lottery drawing. It's got the following numbers 4, 6, 13, 25, 37, 41, and 47 and actually splits the CA$1,000,000,000 with another ticket. The person with this ticket should contact Crown Corporations Support.