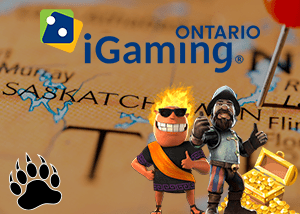 Canada is one of the countries that embrace gambling fully. In fact, Saskatchewan's new iGaming market is set to launch in November 2022. This means that the residents of the Canadian province can finally place single-game bets on their favorite sporting events legally.

The foundation for the new Saskatchewan iGaming market was laid in September 2021, when the local authorities/government together with the Federation of the Sovereign Indigenous Nations publicized changes to the Gaming Framework Agreement. The amendment in the contract, which was originally signed in 1995, permitted the Canadian province to set the legal grounds for the new market to be operated by the Saskatchewan Indian Gaming Authority (SIGA).

The Saskatchewan Indian Gaming Authority is going to be the official operator in the province. This was after an operating contract was struck in conjunction with SaskGaming, a head corporation of the local government, which also runs Casino Moose Jaw and Casino Regina.

Save the Date on Your Calendar!

In a press release, the Saskatchewan Indian Gaming Authority announced that PlayNow is set to launch on Thursday, November 3, 2022. This announcement couldn't have come at a better time - as the province will be the host to this year's Canadian Football League Grey Cup championship. The game will be held on November 20, 2022, in Saskatchewan's capital, Regina.

PlayNow iGaming in Saskatchewan will be provided by BCLC and is founded on British Columbia's successful PlayNow.com business model - with most of the same sports betting and casino products, supported by top-rated providers.

Canada's Saskatchewan will be the 3rd province to utilize BCLC's PlayNow iGaming platform, which happens to be the only gambling site in North America, as well as one of the few globally, with dedicated responsible gaming professionals - GameSense Advisors.

Saskatchewan Roughriders Have struck an Agreement with PlayNow

Saskatchewan Roughriders have also entered an agreement with PlayNow, in which The Riders will feature the PlayNow.com logo on their jerseys. This is set to start at the home game against the Calgary Stampedes, along with various stadium activations, promoting the new Saskatchewan iGaming market.

Profits Will Be Reinvested Back into the Local Community

SIGA CEO and President Zane Hansen, ahead of the launch, commented that the proceeds from Saskatchewan new iGaming market will be reinvested back into the province - as opposed to the grey market platforms, which take money out of this Canadian province.

The Grey market in Canada has been in existence for a long time. Recent research by the Canadian Gaming Association established that Canadians spend about $10 billion annually through offshore gaming, and illegal sports betting run by organized crime syndicates.

Additionally, Canada's grey market operators such as Bet365 already have a loyal clientele across Saskatchewan. Therefore, SIGA will have to come up with an effective way to win over the patronage of this demographic.

Furthermore, local sports bettors make wagers at select retail outlets in the province using a first-class sports betting platform, which is run and regulated by the Western Canadian Lottery Corporation.