Get Ready for the New NHL Season with Great Betting Odds 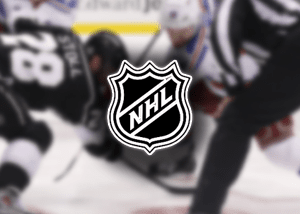 The new 2017-2018 NHL season is about to kick off and there have been some major league rule changes that will be in effect. Compared to rule changes that have taken place in previous years, there are not too many new changes for the upcoming season, but those that are changed will have a significant impact on the game, as well as player picks and betting lines.

A Look Back at Last Year's Hockey Scoreboard

The 2016-2017 NHL season was the 100th season for the league and 30 teams competed through a season of 82 games. The battle lasted from October 12, 2016 to April 9, 2017 and the 2017 Stanley Cup Playoffs started on April, ending on June 11. The Pittsburgh Penguins battled it out against the Nashville Predators for 6 games to be the first repeating Stanley Cup championship winners since the Detroit Red Wings back in 1998.

Oct 4 kicks off the new NHL betting season with its latest rule changes!

The regular 2017-2018 NHL season will start on October 4, with four games being played. The season openers will be highlighted by the Pittsburgh Penguins, the winners of the Stanley Cup, as they take on the St. Louis Blues. The other three games that are slated include the Toronto Maple Leafs at the Winnipeg Jets, the Edmonton Oilers vs. the Calgary Flames and the San Jose Sharks hosting the Philadelphia Flyers. These four games will provide a taste of the exciting season to come and the new rules will all be in effect.

Get in on the Action - Bet on NHL Odds 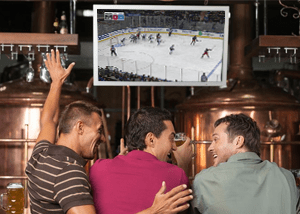 For those that love the NHL action and cannot get enough, there are ways to enjoy the games in addition to watching them. There are a number of trusted and reputable betting sites that support wagers placed on NHL games and events and these can enhance the season and offer ways to not only take in all of the action, but to win some cash as well. Betting on the NHL is a popular pastime for many fans and with multiple sites supporting Canadian sports betting, there are always great NHL betting odds and amazing payouts that can be earned. This is just one more way for avid fans to get thrills from the NHL season. Hockey supports can watch live streaming events of their favourite teams online and can also stay up to date on all of the latest stats and upcoming games.

The favourites for the Stanley Cup this year should come as no surprise and the Pittsburgh Penguins are the early odds-on favourite team. However, there will surely be other contenders as the season starts and plays out. Some of the top teams that are predicted to be heading towards a Stanley Cup win include the Washington Capitols, Edmonton Oilers and the Tampa Bay Lightning, all of which had great records in the regular season for 2016-2017. These teams are currently listed at 10-1 favourites.

Some other team predictions that will be worth watching are the Chicago Blackhawks, at 12-1 and the Predators, at 14-1. The New York Rangers, Anaheim Ducks, Toronto Maple Leafs, Montreal Canadiens and Minnesota Wilds are all teams that many think will have a chance of winning this year's cup as well. The newest expansion team in the league, the Vegas Golden Knights are coming in as the underdogs at 200-1. With great online betting being offered, fans can enjoy watching and winning with Canadian NHL Hockey Sports Betting. 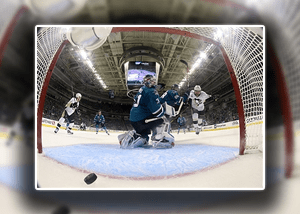 The 2017-2018 NHL season is one that many fans are looking forward to and with it comes with added outdoor games, a new expansion team, and some key rule changes. The noteworthy rule changes are detailed below and these will have a huge impact on the upcoming season.

No Timeouts After Icings

Any team that is called for icing will not be able to call a timeout after the play. This rule is put into effect to encourage offense by forcing tired players to stay in the game. This prevents them from getting any rest from a timeout.

In the past, any team on the man advantage after a high-sticking call had the faceoff in their defensive end. With the new rule, the team with the advantage will play the puck in the offensive zone. This ensures that the faceoff is in a neutral area neat the defending team's blue line.

In the last season, coaches were challenging close offsides that had officials trying to see whether a skate was a mere millimetre off the ice. The penalty for the unsuccessful challenging coach was the loss of a timeout and any future challenges in the game. This year, there will be a two-minute penalty that will be issued.

Canadian Picks for the 2018 Stanley Cup 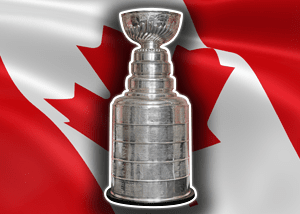 Canadians are huge fans of hockey and when it comes to the season starting, many already have favorites and are hoping for their team picks to win the Stanley Cup. The competition for the 2017-2018 season will be fierce and with the new rule changes, the game will take a slight turn. Nonetheless, there are some Canadian contenders for the Cup and fans will be eager to cheer on these teams and root them through the season as they bet on lines, predictions, and odds. The Edmonton Oilers are the top choice for Canadian teams to win the Cup, and Bodog currently has them listed at +800, but there are also high hopes for the Toronto Maple Leafs at +1400. Both have high betting odds going into the season and will be top teams to beat by others who are driving forward in hopes of being the league champs. The last team to win the Stanley Cup from Canada was the Montreal Canadiens, back in 1993 (currently, their odds to win are at +2500). Prior to that, no Canadian team even made it to the playoffs since 1970.

Countdown to the Season Opener

This year is bound to be an exciting one for all hockey fans and their yearly predictions. With the new rules in place and great picks that will be battling for standings and the chance to win the cup, the 2017-2018 season will be one to enjoy. The season starts on October 4th with match-ups between some of the best in the league and this is just the first step of many towards the Finals. Keep an eye on that scoreboard!