Fantasy sports websites are in abundance. Let our Canadian experts choose the very best fantasy draft sites. Daily fantasy sports have been growing from year to year and have exploded onto the scene as of 2015. Our guide will show you just where you can play DFS as a Canadian resident. Visit us weekly to find news updates and the highest paying bonuses. 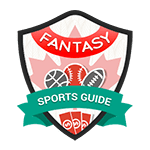 Fantasy sports have been woven into the culture of North American sports fandom since the early 1980's and exploded in popularity during the internet age. Fantasy sports allow fans to submerse themselves in their favorite leagues by becoming an owner of their own fictional franchise, building their superstar team via a draft, and competing against others for bragging right and often cold hard cash.

It's that latter of those two that fueled the rise of daily fantasy sports - or DFS - which has quickly become a multi-billion dollar industry in just the last half decade. Rather than competing in season-long fantasy leagues, daily fantasy offers players the same format and strategy but limited the action to as short as one day with real-time updates on their team's status. There is no season-long commitment.

Owners pay an entry fee to enter pools and are given a set payroll to draft a team, with players of different skill levels priced accordingly. The best players often cost the most which means if a owner added them to their roster, they would have less payroll to round out the rest of the team. Points are awarded in real time depending on those selected players' performances and prizes are awarded to the teams with the highest point totals, depending on the rules of the particular pool.

Recently, daily fantasyhas come under fire from critics who claim the game is in the same vein as online sports betting, which is outlawed throughout most of North American - save for Nevada, Delaware and Canada. Daily fantasy has always operated under the claim that is a game of skill - not chance - which separates it from general sports betting.

In Canada, daily fantasy sports have flourished without much question whether it blurs the lines of gambling or not. As parlay sports betting is offered through provincial lotteries and the government is mulling over single-game wagering, DFS remains a singular and very much legal option for fans to show just how much they know about their beloved sports, putting their money where their mouth is each and every night of the sports calendar.

Getting Started - A Basic Overview

So what separates daily fantasy sports from the traditional season-long leagues and even standard sports betting? Here's a quick breakdown of what make DFS such a great option for Canadians looking to enjoy - and cash in - on their favorite sports:

Kicking off your sports season is simple and you can draft your best lineup minutes after signing up. Here are some simple steps to follow to help you get started in the exciting world of daily fantasy sports:

The menu goes far beyond football. Canadians can test their hockey knowledge against other puck heads in daily NHL leagues and enjoy action for a ton of other major North American sports:

How To Draft Your Team?

Building a winning team from you daily fantasy draft isn't as simple as just picking the top players. Owners are limited by a set payroll and with players priced based on their expected production that day, there's a lot of skill involved when it comes to balancing a roster between elite-level talents and value players, who could produce beyond their price tag. Here are some tips for your next draft:

The rapid growth and popularity of daily fantasy sports has spawned a number of providers in North American. However, there are three main heavyweights when it comes to the major players in the DFS community. Here's a closer look at the most respected operators:

Is This Real Money Betting Legal in Canada? 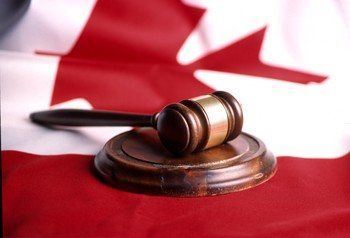 Yep, participating is 100 percent within the perimeters of Canadian law. Unlike the United States, Canada isn't bound by limits on online gaming due to laws like the PASPA (Professional and Amateur Sports Protection Act) or the infamous wire act, which has been interpreted and misinterpreted over and again. So even if daily fantasy sports fell into the realm of sports betting, it wouldn't be prohibited by Canadian law.

Daily fantasy sports have operated under the guise that it is a game of "skill" and not a game of "chance", like casino betting or gambling on sports - even though the techniques and tools used to handicap a sports bet are the same used to draft a winning DFS roster. But due to that legal grey area, DFS has come under fire in the U.S., where it was recently banned in Nevada which stated that it was in fact a form of gambling and not regulated under their strict state gaming licensing laws. This has prompted many other states to review their take on DFS.

In Canada, however, such aninvestigation isn't - and likely won't be - underway. With many of the professional leagues going all-in on DFS, like the NHL, NBA, and MLB (all of which have franchises in Canada), and welcoming the advertising revenue and expanded audiences watching their DFS points in real time, daily fantasy sports have become a viable and legal option to bring fans closer to the game.

If you've seen one of the many ads, you know most operators offer a free bonus or special code when signing up for a new account. These offers can vary in terms of value and stipulations. Here's a quick overview of some of the bonuses offered by daily fantasy sites:

Receive an exclusive offer from GrizzlyGambling.com - in partnership with Sports Interaction Sportsbook. Bet on fantasy sports with a no-risk bonus!