Home News Magic: The Gathering is Coming to eSports in March

Magic: The Gathering is Coming to eSports in March 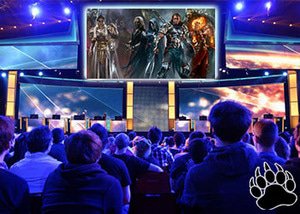 Wizards of the Coast has recently announced a partnership with Hasbro Incorporated to develop an eSports program for the iconic Magic: The Gathering game in March 2019.

Can you imagine getting a $75,000 contract to play and stream Magic: The Gathering? Well, it could actually be a reality in 2019. On Thursday night, during The Game Awards, an announcement was made by Wizards of the Coast that a brand-new esports initiative will take place in 2019, offering a $10 million combined prize pool with new events, and a new competitive league, which will start with an invitational $1 million tournament at the renowned PAX East.

The upcoming esports campaign has been created to attract Magic: The Gathering fans and will feature a $10 million combined prize pool across the digital and tabletop offerings from the brand. The Magic Pro League, or MPL, will not only impress with 32 of the best-ranked players across the globe when it comes to Magic: The Gathering, but will also offer incredible contracts to players and streamers alike. League players can also look forward to weekly digital match-ups for the Magic: The Gathering card game and can eventually participate in the new Mythic Championship events. This will also create new opportunities for sports betting in Canada and across the globe as the eSports market will now offer even more gateways to make a profit in 2019.

Magic: The Gathering in the eSports Arena

Chris Cocks, the Wizards of the Coast president, explained that the phenomenal card game as managed to amass over 35 million players in more than 70 different countries and that the latest partnership with Hasbro Incorporated is designed to provide Magic: The Gathering aficionados with a unique 'open-platform' structure to give players the opportunity to compete against each other.

Cocks explained that the Mythic Championships is essentially the brand-new flagship competition for tabletop Magic: The Gathering competitive play and for Magic: The Gathering Arena eSports. He also stated that the league will be launched officially in the New Year with a $1 million invitational event which will take place at the PAX East festival in Boston, Massachusetts in March 2019.

The Mythic Championships is the perfect opportunity for anyone to show off their skills as challengers from across the globe will be able to battle it out with other elite MPL players for their chance to claim competitive card game glory. If you believe you have what it takes, we highly recommend that you start getting your deck ready. You can also stay tuned to the Wizards of the Coast social channels to stay up-to-date with the latest news and events in 2019.

Magic: The Gathering and eSports Betting

Betting on eSports has already taken the world by storm and there's no denying that Magic: The Gathering will further expand this ever-growing market. It's estimated that eSports betting will be worth over $30 million by 2020 and it will be no surprise if this new addition to the eSports world manages to exceed that total by 2019. If you are interested in eSports betting once Magic: The Gathering explodes onto the scene, so we recommend that you join Sports Interaction and bet online for a comprehensive eSports betting experience.