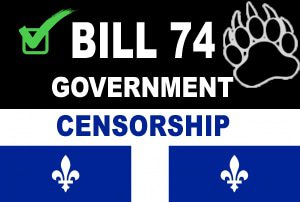 Quebec has passed Bill 74 to block IP's accessing unauthorized online gambling sites. All sites except EspaceJeux run by Loto-Quebec will be blocked by ISP's.

On the 17th of May, the Quebec legislature approved Bill 74. This is Quebec's controversial legislation to block unauthorized online gambling sites and it looks as if a legal fight between the provincial government, their federal counterparts, and local internet service providers (ISP) is looming.

Bill 74 includes language that authorizes the minister of finance to order ISPs to IP-block online gambling websites other than EspaceJeux which is the provincial online gambling site run by Loto-Quebec. The Bill came into effect on the 18th of May and now Loto-Quebec must compile a list of all the offending sites that ISPs must block. If ISPs don't enforce this blacklist, at their own expense, within 30 days of the receipt of the list, the law now allows for fines of up to $100k to be handed out per incident.

The plans for Bill 74 were announced a year ago and they immediately caused an uproar from ISPs, Industry Watchdogs and CIRA - Canadian Internet Registration Authority, who claimed that censorship of this type had no precedent in Canada. They also pointed out that telecommunications issues fall under federal jurisdiction, not provincial. Finance Minister Carlos Leitao stated that Quebec would skirt any constitutional concerns by stating that it was a public health matter and that only Loto-Quebec had the tools to protect the province's problem gamblers from self-abuse. The bottom line here is that Loto-Quebec stands to gain around $27m per year in additional revenues because they will have no competition when it comes to online gambling.

In April, 2016, Bill 74 was briefly discussed in the House of Commons and Minister of Canadian Heritage Melanie Joly stated that she and the rest of the ruling liberal party believe in net neutrality and that they would be having ongoing discussion with Quebec officials regarding this bill. Now that the bill has been passed, we expect these discussion to now take place in a courtroom.

It is expected that Loto-Quebec's blacklist will not include sites owned by Amaya Gaming, a Montreal-bases software provider and a long time Loto-Quebec B2B partner. A report prepared for and endorsed by Leitao last year suggested that Loto-Quebec license a few private online operators and we are sure Amaya will be one of them, and Loto-Quebec will then receive a chunk of Quebec earned revenue. Where does this leave online gambling in Quebec? We will have to wait on the outcome of the looming court battle to find out.