Quebec Government Believes Bill 74 Is Necessary for the Region 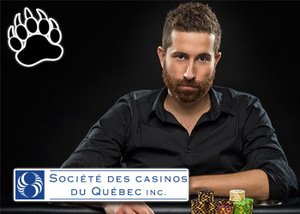 The Quebec Government believes that Bill 74 is a necessity for online gaming in the region. Bill 74 seeks to block gaming sites that are not approved by the government and internet firms would be expected to block access to sites.

This week we have seen Quebec Finance Minister Carlos Leitao in the news urging people to support Bill 74. Leitao believes that this bill is needed to help protect internet users against sites that don't protect online gamblers in the way that government run online casinos do. According to Leitao, the bill is needed to protect the health and safety of Quebecers because illegal sites don't apply the same responsible gaming rules and they pose a risk to the population.

Many of the citizens of Quebec are up in arms about the potential success of Bill 74. We don't blame them either because you should be able to look at whatever you want online. Many also believe that this bill is nothing more than a form of censorship that hands the government too much control over the public's internet usage.

Digital law experts have come out this week declaring that the new bill is actually illegal. Michael Geist from the University of Ottawa, has said that Bill 74 violates freedom of expression and contravenes Quebec's telecommunication laws. Geist said that the Quebec government didn't understands the "importance of an open and free internet".

The main worry about the passing of Bill 74 is that it could prove to be the gateway for further online censorship that goes beyond online gambling.

Geist told The Star, "We are a free and democratic society".

Bill 74 has had little publicity until now as it has made its way through Quebec's legislative process. Bill 74 includes a provision that seeks to force internet service providers to block Quebecers' access to online gambling sites that aren't approved by the government.

Those against the bill say that this internet censoring legislation, which is unprecedented in Canada, is a way for Quebec's state owned gambling authority to block competition so that EspaceJeux is the only choice for online gambling enthusiasts in the region. Critics have also said that Bill 74 could lead to governments across the country deciding what citizens can and can't view online.

Law experts have come out in opposition to the bill stating that it violates freedom of expression, contradicts federal telecommunications law, and will likely be challenged in court by internet companies and civil rights groups.