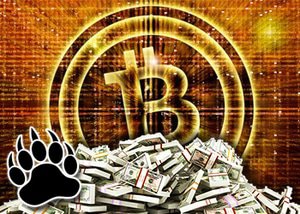 After starting out only a few years ago, the Bitcoin digital currency reaches an all-time high in 2017 when it surpasses the $1K mark.

The first trading day in 2017 is when Bitcoin currency reached $1010.96 for 1BTC and there is actually no sign of the digital currency slowing anytime soon, according to industry analysts 2017 will be crucial for the cryptocurrency.

Its major rise in popularity is due to the USA, China and Europe that are currently the currency's biggest markets. Bitcoin is one of the securest financial tools in the industry, popular for use in several industries including online gambling. According to projections from financial experts, Bitcoin will not only continue down its truly impressively successful path but will indeed rise above the $2,000 mark and it would be interesting to see if this milestone is reached in 2017.

Several highlights have contributed to this new Bitcoin high including the announcement in July 2016 that Canada embraced Blockchain technology, which allowed them to support Bitcoin. Canada accepted the digital currency and was eager to add Bitcoin into its banking systems. The Bank of Canada declared that it had tested the Blockchain technology however the Canadian bank emphasized that had no future plans in coming up with a Canadian dollar digitized version.

By October in 2016, NetBet Casino confirmed that it was the first UK-Licensed online operator to accept the new digital Bitcoin currency as a payment method, and this saw it made it available to punters living in the United Kingdom. NetBet Casino, licensed by the United Kingdom Gambling Commission, not only accepted Bitcoin as a method to fund casino accounts but also granted withdrawals via Bitcoin and the currency was accepted across its sports betting section as well as a casino. This is convenient, especially for users of the Bitpay Bitcoin app

As 2016 reached its last quarter more great news followed in November when the digital currency now loved by many punters, was now to be used hassle-free via the new BitPay Bitcoin app The latest progression by the company was a full-featured app usable for purchasing and gambling via the now already popular digital currency. The BitPay casino Bitcoin app was mentioned in Las Vegas during the Money 20/20 event and would allow conversion of Bitcoin into dollars via a unified BitPay Visa prepaid debit card. Visa is the only debit card used by Bitcoin users in the United States at present.

The NetBet Casino was the first who chose to accept bitcoin as a accepted method of payment for deposits and withdrawals. The casino is known for its wide ranging library of games from Quickspin, NetEnt, Microgaming, iSoftbet and Amaya Gaming to name a few. New players to the casino can enjoy a bonus of 100% up to $200. In additional to the welcome bonus, the chance to win up to a weekly raffle to win up to 500 free spins is granted. Register today and see the NetBet difference.