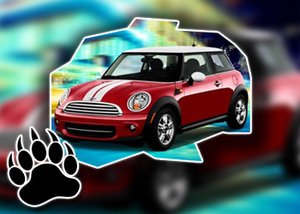 The Winner of the Super Duper Mini Cooper Slots Tournament has been announced and we have all the details.

This summer, the Super Duper Mini Cooper Slots Tournament that was part of a Slots Magic casino promo was announced and we are delighted to be able to announce that the winner has been revealed.

There were thousands of participants in this hugely successful slots tourney and they all battled it out for some great casino prizes too.

Lupo2017, the overall winner began the even in 4,000th place on the leaderboard and was said to be both thrilled and amazed to have walked away with the top prize. He spoke after his win and said, "What a fantastic feeling because I have never won anything in any competition before. I feel like I hit the jackpot."

Vicky Samuels, Head of Tournaments at SkillOnNet casinos said, "We have been running different types of slots tournaments for some time and the interest from slots players has been growing month on month. It's not uncommon now to have huge fields competing every day, but the Super Duper Mini Cooper event was staggering. Many thousands entered and played the slot game anxiously following their position on the Slots Leaderboard. Lupo2017 shot up from position 4,000 to scoop the main prize in the last few days so congratulations Lupo2017, we all enjoyed the ride."

Slots Magic has a range of great daily slots tournaments for players to take part in. These include freerolls and specials and there are plenty of cash prizes waiting to be won. If you don't already have a real money account at Slots Magic then be sure to sign up today. All new players can claim a great welcome bonus which is 100% deposit match up to $100 plus 15 wager free spins. The free spins can be used on Dead or Alive, Starburst, or Wild Wild West, and you can win up to $100. There are plenty of great promotional offers available at this online casino for Canadian players too including free spins and daily picks such as deposit bonuses. Check out the promotions page for more information. Who knows, you could be the next big promotion winner.