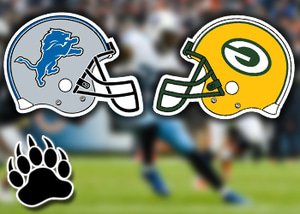 Week 9 is officially here - the midway point of the 2017 NFL season has finally arrived. Fortunately for you, along with it comes the latest serving of NFL predictions and picks to help you wade the way through what we believe will be another exciting weekend filled with gridiron action. We at Grizzly Gaming have put together our predictions for week 9 in hopes of providing you with some facade of guidance. We have a total of 13 matchups to look forward to this weekend, along with a few nail-biting games thrown in for good measure. Choosing the winners for week 9 won't be easy, but we believe we've done the necessary research to make sound selections. We'll take an in-depth look at three of the most promising football games this weekend, and not only provide our expert advice on each matchup, but also include early point spreads to help you make a winning bet on the football sports betting action for week 9.

Week 8 of the NFL season was filled with loads of surprises that most bettors were unable to predict. Many thought that the Buffalo Bills would be tanking, and yet they currently have a 5-2 record as they head into a brutal stretch for the next five weeks. The Minnesota Vikings are leading the NFC North division with their starting QB playing 2 games. The New Orleans Saints are leading the NFC South division and might actually have a defense. The Los Angeles Rams came out of their bye week and are currently tied for first place in the NFC West division, and the Oakland Raiders, a Super Bowl preseason pick by many, are currently 3-5 as they head into the second half of the 2017 season. Will all these surprises stay this way in the second half of the season? Highly doubtful, but the month of November is for showing growth as a team and separating from the pack. The teams that can achieve this will be playoff teams. For now, the Bills, Vikings, Rams, and Saints are considered top 10 teams in the poker rankings. However, how many will still be there in December?

The Philadelphia Eagles and the Denver Broncos are meeting at the Lincoln Financial Field for NFL action on Sunday night. The Denver Broncos will need a victory this weekend to snap a three-game losing streak and get back to a .500 record. The Broncos have lost 5 straight road matchups. Trevor Siemian has managed to complete 61.5% of his passes for 1,669 yards, 10 interceptions, and 9 touchdowns. In 5 games, Siemian has one or less touchdown passes. Emmanuel Sanders has combined with Demaryius Thomas for 721 receiving yards and 2 touchdowns, while Bennie Fowler III has a total of 20 receptions. The ground game of the Broncos is on average 123.4 yards per game, and C.J Anderson is leading the way with 1 touchdown and 496 yards. Looking at the defense, the Denver Broncos are allowing 261 yards and 21 points per contest. Brandon Marshall is leading the Denver Broncos with 50 tackles, Von Miller has 7 sacks, and Bradley Roby has 1 interception.

The Philadelphia Eagles will look for their seventh straight victory to maintain their runaway streak in the NFC division. The Eagles have won 6 straight home games. Carson Wentz has completed 61% of his passes for 2,063 yards, 5 interceptions, and 19 touchdowns. Wentz has 2 or more touchdown passes in 4 straight games. Alshon Jeffery and Zach Ertz have combined for 848 yards and 9 touchdowns, while Nelson Agholor has a total of 27 receptions. The ground game of the Philadelphia Eagles is on average 129.3 yards per game, and LeGarrette Blount is leading the way with 467 yards and 2 touchdowns. Looking at the defense, the Philadelphia Eagles are allowing 327.1 yards and 19.5 points per game. Nigel Bradham is leading the Eagles with 46 tackles, Jalen Mills has 3 interceptions, and Brandon Graham has 5 sacks.

The Spread: Broncos vs. Eagles

The Broncos still have loads of issues with their offense and playing on a short week, against one of the best teams in the league, won't help things at all. The Denver Broncos are only averaging 11.25 points in their last 4 games, and Siemian looks like he's simply getting worse in every game. The Denver Broncos are also averaging 11.66 points in their last 3 road games as oppose to 23 points per game in their last 4 games at home. Basically, the Broncos aren't scaring anyone in the league and playing 3 straight road games is suicide for any football team. The Philadelphia Eagles, on the other hand, are only getting better every week with 3 of their last 4 victories being decided by double digits. At the end of the day, there's no reason to make a case for the Denver Broncos in their current form. Therefore, the Eagles will have another blowout victory.

The Green Bay Packers and the Detroit Lions will meet at the Lambeau Field on Monday evening for week 9 NFL action. The Detroit Lions will look for a win on Monday evening to snap a three-game losing streak and return to a .500 record. The Lions have split their last 8 road games. Matthew Stafford has completed 60.4% of his passes for 1,851 yards, 4 interceptions, and 12 touchdowns. Stafford has 2 or more touchdown passes in 5 of his last 8 games. Marvin Jones Jr and Golden Tate have combined for 857 receiving yards and 5 touchdowns, while TJ Jones has a total of 17 receptions. The ground game of the Detroit Lions is on average 82.1 yards per game, and Ameer Abdullah is leading the way with 369 yards and 1 touchdown. Looking at the defense, the Detroit Lions are allowing 346.1 yards and 24.1 points per game. Tahir Whitehead is leading Detroit with 39 tackles, Darius Slay has 3 interceptions, and Anthony Zettel has 4 sacks.

The Spread: Lions vs. Packers

This is going to be a tough game, as the Detroit Lions aren't the same team at home as they are on the road. The Detroit Lions also have a long history of losing against above-average teams. Although quarterback play isn't everything, Matthew Stafford is currently 5-49 against teams over a .500 record. It's also no secret that the Green Bay Packers aren't the same without Aaron Rodgers. He is basically the only reason bettors hold the Green Bay Packers in high regard, as the team has issues in all areas that he was able to mask thanks to his elite quarterback play style. Hundley only has 69 career pass attempts and has a total of 4 picks in his last 58 throws. It's also worth mentioning that the Packers will be well rested after a bye week, which will also be a contributing factor in the game. It's difficult to predict who will take the win, but we stand behind the Packers to win the game outright.

Baltimore Ravens (4-4) at Tennessee Titans (4-3): Second Upset of the Week

The Tennessee Titans and the Baltimore Ravens will meet at the Nissan Stadium on Sunday for NFL action. The Baltimore Ravens will look for a third road win to get a game above a .500 record. The Ravens have lost 8 of their last 10 road games. Joe Flacco has completed 64% of his passes for 1,290 yards, 8 interceptions, and 6 touchdowns. Flacco has 1 or less touchdown passes in 6 straight games. Benjamin Watson and Mike Wallace have combined for 648 receiving yards and 3 touchdowns, and Jeremy Maclin has a total of 19 receptions. The ground game of the Baltimore Ravens is on average 126.9 yards per game, and Alex Collins is leading the way with 478 yards on 80 carries. Looking at the defense, the Ravens are allowing 317.3 yards and 18.5 points per game. C.J Mosley is leading the Ravens with 68 tackles, Brandon Carr has 3 interceptions, and Terrell Suggs has 4.5 sacks.

The Tennessee Titans will look to stay hot after winning 4 of their 6 games and maintain their pace in the AFC South division. The Titans have won 6 of their last 7 home games. Marcus Mariota has completed 62.5% of his passes for 1,301 yards, 4 interceptions, and 4 touchdowns. Mariota has 1 touchdown pass and 3 interceptions in his last 3 games. Delanie Walker and Rishard Matthews have combined for 717 receiving yards and 1 touchdown while Eric Decker has a total of 23 receptions. The ground game of the Tennessee Titans is on average 124.6 yards per game, and DeMarco Murray is leading the way with 372 yards and 2 touchdowns. Looking at the defense, the Titans are allowing 329.4 yards and 24.7 points per game. Wesley Woodyard is leading the Titans with 57 sacks, Kevin Byard has 4 interceptions, and Derrick Morgan has 4.5 sacks.

The Spread: Ravens vs. Titans

The Baltimore Ravens are returning after one of their best games of the 2017 NFL season against the Miami Dolphins, and they have a chance to get more players back after having extended rest from playing last week Thursday. On the other hand, Flacco still has a severe concussion and there's no way we are backing a team when Ryan Mallett is starting. The Tennessee Titans boast with back-to-back wins, Mariota is in great shape, and the team had an extra week to prepare for this game. Defensively, the Titans have allowed 22 or less points in 4 of their last 6 games, and prior to last week Thursday, the Baltimore Ravens couldn't move the ball at all. The Tennessee Titans are also very tough at home, so we predict the Tennessee Titans to win the game by a touchdown.

Week 9 of the NFL is shaping up to be another unforgettable weekend filled with loads of surprises, unbelievable upsets, and explosive action in all 13 games being played on either Thursday, Sunday, or Monday evening. With NFL action fast approaching, make sure to keep an eye on other exciting matchups being played this weekend at Sports Interaction. If you would like to compare the betting odds of Sports Interaction with another leading sportsbook in Canada, you can't go wrong with Bet365.

We know that getting started with sports betting can be a little overwhelming, so we hope our break down makes things a bit easier for you!Now that you have a glimpse of what to expect in week 9 of the NFL, head over to your favourite Canadian sports betting site to make your bet count.