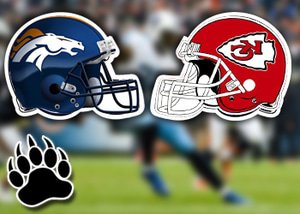 With 7 weeks down and 10 weeks to go, we are starting to get a great indication of how the NFL teams are performing this year. However, it's still not a large enough illustration to be entirely conclusive. We are continuously seeing injuries affecting the landscape of the 2017 NFL season week after week with quarterbacks being injured more and more. With Halloween around the corner, you can be sure to see some terrifying things as we head into week 8 of the NFL season. We're taking a look at early point spreads for three of the most fearsome upcoming games and providing our predictions and advice to help you place a winning bet on the football sports betting action for week 8.

A Quick Recap of NFL Week 7

The 2017 NFL season has been a home for the flawed. The entire league is virtually hovering somewhere around the .500 mark after 7 weeks of the season with only a handful of clubs inching toward the extremes of either being very bad or very good. Week 7 of the NFL brought more of the same. The Carolina Panthers, who were atop the NFC South division, lost 17-3 to a Chicago Bears team that only managed to complete 4 passes, the once-promising Denver Broncos were defeated 21-0 by the Los Angeles Chargers, and the Green Bay Packers struggled to generate much of an offense against the New Orleans Saints in a 26-17 loss. Following the Kansas City Chiefs' 31-30 defeat last Thursday night in Oakland, the Philadelphia Eagles are the lone remaining one-loss team in the NFL. If the Eagles lost against the Washington Redskins on Monday, it would have marked the first time in over 25 years that every team in the league had at least 2 losses before the midway point of the NFL season. With nearly half of the 2017 season in the books, it seems unlikely that the state of the league will change overnight. So, rather than mourning an endlessly bizarre 2017 league, perhaps it's time to embrace it.

The Kansas City Chiefs and the Denver Broncos will meet at the Arrowhead Stadium on Monday night for NFL action. The Denver Broncos will look for a statement victory to finally get back on track after losing 3 of their last 4 games. The Denver Broncos have managed to lose 4 straight road games. Trevor Siemian has completed 63% of his passes for 1,471 yards, 8 touchdowns, and 7 interceptions. Siemian has 1 or less touchdown passes in 4 straight games. Emmanuel Sanders and Demaryius Thomas have combined for 655 receiving yards and 2 touchdowns, while A.J Derby has a total of 15 receptions. The ground game of the Denver Broncos is on average 114.5 yards per game, and C.J Anderson is leading the way with 391 yards and 1 touchdown. Looking at the defense, the Broncos are allowing 258.5 yards and 19.7 points per game. Brandon Marshall is leading the Broncos with 42 tackles, Bradley Roby has 1 interception, and Von Miller has 7 sacks.

The Spread: Broncos vs. Chiefs

The Kansas City Chiefs are due for a victory after tough back-to-back losses, and all 5 of their last victories have been claimed by at least 7 points. The Denver Broncos, on the other hand, can't do anything offensively due to only producing 26 points in their last 3 games combined. Siemian has been sacked a total of 22 times, the offensive line of the Broncos has struggled, and these two things are not great when going up against the Kansas City front seven. It looks like it will be another repeat of their last meeting in December when the Chiefs won 33-10 against the Broncos, especially when you consider how these two teams are playing currently.

The Houston Texans will come into this game well rested after a bye week, looking to climb above the .500 mark after a 3-3 improvement with a 33-17 win over Cleveland Browns in their last game. Deshaun Watson managed to throw for 225 yards, and interception, and 3 touchdowns on 17 out of 29 passes, while D'Onta Forman was leading the Texans with 59 rushing yards on a total of 12 carries. Will Fuller V added 62 receiving yards and a touchdown, while Lamar Miller added 41 rushing yards on a total of 15 carries. Lamar Miller and Ryan Griffin each caught 3 passes, while Braxton Miller and DeAndre Hopkins added a touchdown grab during the win. The Texans defense combined for 3 interceptions and 4 sacks, including 2 picks for Johnathan Joseph returning 1 interception 82 yards for 1 touchdown. This occurred while still holding the Browns to 247 yards to offense as well as a 3 of 14 mark during 3rd down for the win.

The Seattle Seahawks will do everything in their power to continue building on their current 3 game winning streak after a 24-7 win against the New York Giants to jump to 4-2 for the 2017 NFL season. Russel Wilson managed to throw for 334 yards and three touchdowns on 27 out of 39 passes, while Seattle combined managed to rack up 104 rushing yards on a total of 31 carries. Doug Baldwin was leading the Seahawks with nine carries for 92 yards and 1 touchdown, while Jimmy Graham and Paul Richardson each contributed a much-needed touchdown grab too. Tyler Lockett also contributed 4 receptions for the Seattle win. Looking at the defense, a Jarran Reed forced fumble and sack highlighted an otherwise solid effort from the Seahawks defense, holding the New York Giants to 177 yards of total offense and a mere 2 for 12 during 3rd down for the win.

The Spread: Seahawks vs Texans

The Houston Texans are much more rested when compared to the Seattle Seahawks, but the Seahawks, on the other hand, have been delivering solid defense, only giving up 18 points in 5 of their last 6 games in the 2017 NFL season. The Texans have been performing better than most expected they would, but they are still displaying gaps in their defense, and the Seahawks defense is going to be the toughest that Russel Wilson has faced this season. Therefore, we believe the Seahawks to win the game outright.

Dallas Cowboys (3-3) at Washington Redskins (3-3): Second Upset of the Week

The Washington Redskins and the Dallas Cowboys will meet at the FedEx Field on Sunday for NFL action. The Dallas Cowboys will look for their third road victory to get them above a .500 record. The Cowboys have won 8 of their last 11 games on the road. Dak Prescott has completed 62.7% of his passes for 1,426 yards, 4 interceptions, and 14 touchdowns. Prescott has 9 combined touchdown passes in his last 3 games. Jason Witten and Dez Byrant have combined for 611 receiving yards and 7 touchdowns, while Brice Butler has a total of 8 interceptions. The ground game of the Dallas Cowboys is on average 147.5 yards per game, and Ezekiel Elliott is leading the way with 540 yards and 4 touchdowns. Looking at the defense, Dallas is allowing 331.5 yards and 23.7 points per game. Jaylon Smith is leading the Cowboys with 44 tackles, Anthony Brown has 1 interception, and DeMarcus Lawrence has 9.5 sacks.

The Washington Redskins will hope to avoid back-to-back losses to get a game above a .500 record. The Redskins have won 6 of their last 9 games at home. Kirk Cousins has completed 68.2% of his passes for 1,637 yards, 3 interceptions, and 12 touchdowns. Cousins has 2 or more touchdown passes in 4 straight games. Chris Thompson and Jordan Reed have combined for 572 yards and 5 touchdowns, while Jamison Crowder has a total of 19 receptions. The ground game of the Washington Redskins is on average 114.8 yards per game, and Chris Thompson is leading the way with 213 yards and 2 touchdowns. Looking at the defense, the Redskins are allowing 325.1 yards and 22.6 points per game. Zach Brown is leading the Redskins with 63 tackles, Kendall Fuller has 2 interceptions, and Preston Smith has 4.5 sacks.

The Spread: Cowboys vs. Redskins

Week 8 of the NFL is fast approaching and if week 7 has taught us anything of the 2017 season, it's that the unpredictability that has submerged the league is nowhere near dissipating. As we look forward to another explosive week of NFL action, make sure to check out the rest of the upcoming matchups being played on Thursday, Sunday, and Monday at Sports Interaction. For those of you looking to compare betting odds against other leading Canadian sportsbooks can also take a look atBodog.

It's never too late to jump straight into the betting action, especially when it comes to the NFL league. However, before heading to one of our recommended sportsbooks, it will be beneficial first to read our extremely helpful article surrounding sports betting in Canada, providing you with vital information on all types of betting markets and how to get started. Now that you have everything you need to make an educated winning bet for the upcoming games in week 8, you can make your way to Sports Interaction or Bodog and place your bet.