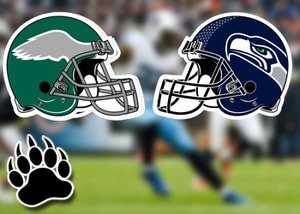 It's week 13 of the 2017 NFL season, and we at Grizzly Gaming have the latest serving of betting odds and NFL picks to get you through the upcoming selection of football games. We are finally in the home stretch of the 2017 campaign. With only a couple of weeks remaining on the NFL calendar before the playoffs start, it's now or never for NFL teams to make their stand and prove that they deserve to be in the postseason. To help alleviate any concerns, we took an in-depth look at the top 3 NFL games for week 13. We are not guaranteeing that we'll be on the mark with each of them, but you can rest assured that we did the necessary research and the time needed to help you make an informed decision with your football sports betting action in week 13. The NFC playoff race will get a healthy dose of clarity in week 13 as 6 of the top 7 teams are facing off against each other. There are also plenty of other high-octane matches on the docket, making it a competitive and entertaining week for bettors.

Who knows if it was a boost from protein-laden turkey on Thanksgiving or merely a fluke, but Week 12 of the NFL featured some of the highest scoring NFL games this year. Every team managed to score at least one field goal, and 7 teams managed to score 30 points or more throughout the matchups in week 12. It was mainly business as usual, except for the Steelers that struggled to get past the Packers, and the Jaguars losing against the Cardinals. However, for the most part, the selection of games produced adequate bankroll padding if bettors managed to build on the knowledge gained from previous matches the last couple of months. Those that learned from previous lessons and exploit betting lines before they get adjusted will make even more headway in Week 13 of the NFL season.

The Seattle Seahawks will look for a statement victory after claiming 6 wins in their last 8 games. The Seahawks have slipped their last 4 games at home. Russell Wilson has managed to complete 62.3% of his passes for 3,029 yards, 8 interceptions, and 23 touchdowns. He has more than 2 TD passes in his last 6 games. Paul Richardson, along with Doug Baldwin, has 9 touchdowns and 1,282 receiving yards combined, while Jimmy Graham is sitting with 49 receptions. Looking at the Seattle Seahawks ground game, they are averaging 102.9 yards per game, and Wilson is leading with 401 yards and 3 touchdowns. The Seattle Seahawks defense is allowing 311.7 yards and 19.3 points per game. Earl Thomas has 2 interceptions, Michael Bennett has 7.5 sacks, and Bobby Wagner has 100 tackles for the Seattle Seahawks.

The Spread: Eagles vs. Seahawks

The Seattle Seahawks will always be a difficult team to beat, especially during primetime while playing at home. However, the Seahawks will be without Richard Sherman and Kam Chancellor for the remainder of the season, and that's not good news when going up against a pass-happy and explosive offense. A strong case is made by Wentz for MVP, and the Philadelphia Eagles are leading the league with an incredible 28 touchdown passes. The Seahawks will certainly put up a fight thanks to Wilson and his knack for keeping the team in matches until the very end. However, overall, it's a terrible game for the Seahawks as they are so banged up. There's unfortunately not enough healthy bodies to take on the flaming hot Philadelphia team. The Eagles should win by at least a touchdown on Sunday.

The Arizona Cardinals and the Los Angeles Rams will meet at the University of Phoenix stadium for NFL action on Sunday evening. The Los Angeles Rams would like to continue their chase for a top position in the NFC by obtaining their ninth win of the 2017 NFL season. The Rams have managed to win 4 of their last 5 games on the road. Jared Goff is completing 61.8% of his passes for 2,964 yards, 5 interceptions, and 18 touchdowns. Goff has at least 2 TD passes in 3 of his last 4 games. Cooper Kupp, along with Robert Woods, has 1,300 receiving yards and 7 touchdowns combined, while Sammy Watkins has a total of 28 receptions. The Rams ground game is on average 117.5 yards per game, and Todd Gurley is leading with 865 yards and 8 touchdowns. The Rams defense is allowing 336 yards and 18.7 points per game. Aaron Donald has 6 sacks, Nickell Robey-Coleman has 2 interceptions, and Mark Barron has 77 tackles for the Los Angeles Rams.

The Arizona Cardinals will look for back-to-back victories for the first time in the 2017 NFL season to get back on a .500 record. The Cardinals have managed to win 3 of their last 4 games at home. Blaine Gabbert has managed to complete 61.1% of his passes for 498 yards, 3 interceptions, and 5 touchdowns. Gabbert has a total of 10 touchdown passes in 135 pass attempts. Jaron Brown, as well as Larry Fitzgerald, has 7 touchdowns and 1,181 receiving yards combined, while J.J Nelson has a total of 23 receptions. The Cardinals ground game is on average 72.8 yards per game, and Adrian Peterson leads with 448 yards and 2 touchdowns. The Arizona Cardinals defense is allowing 332.8 yards and 25.3 points per game. Chandler Jones has a total of 12 sacks, Tyvon Branch has 69 tackles, and Antoine Bethea has 3 interceptions for the Arizona Cardinals.

The Spread: Rams vs. Cardinals

The Arizona Cardinals have been quite a decent team at home during the 2017 campaign and look like they have new life when it comes to their offense with Gabbert managing to throw 5 touchdown passes in the first 2 games. The Los Angeles Rams are piling up victories with their recent success against the New Orleans Saints last week despite missing Robert Woods as their wide receiver. The Rams should be okay with Watkins sliding into the number 1 role. The biggest difference between these two teams is that the Los Angeles Rams are more balanced and consistent, able to move the ball more comfortably while putting points on the board. We don't think the Cardinals are built to maintain their way of play over the last few weeks, and they are not a team that can match a sensational team like the Rams score for score. Therefore, we predict the Rams should win by at least a touchdown on Sunday.

The Baltimore Ravens and the Detroit Lions will meet at the M&T Bank Stadium for NFL action on Sunday evening. The Detroit Lions will look for a win to split their last ten games to remain in the wild card race for the NFC division. The Lions have won 4 of their last 5 games on the road. Matthew Stafford has completed 62.5% of his passes for 6 interceptions, 21 touchdowns, and 3,010 yards. Stafford has at least two TD passes in 6 of his last 7 games. Golden Tate and Marvin Jones Jr have 1,429 receiving yards and 11 touchdowns combined, while T.J Tones has a total of 24 receptions. The Lions ground game is averaging 78.9 yards per game, and Ameer Abdullah leads with 3 touchdowns and 505 yards. The Detroit Lions defense is allowing 359.4 yards and 24 points per game. Anthony Zettel has 6.5 sacks, Tahir Whitehead has 74 tackles, and Darius Slay has 4 interceptions.

The Baltimore Ravens will try and obtain a third straight victory to ensure they are still in the wild card race for the AFC division. The Ravens have managed to split their last 4 games at home. Joe Flacco has completed 65.2% of his passes for 1,875 yards, 11 interceptions, and 9 touchdowns. He has 1 or less touchdown passes in 8 of his last 9 games. Jeremy Maclin, along with Mike Wallace have 721 receiving yards and 6 touchdowns combined, while Benjamin Watson has a total of 42 receptions. When it comes to the ground game of the Baltimore Ravens, they are averaging 116.8 yards per game, and Alex Collins is leading with 630 yards and 2 touchdowns. The Ravens defense is allowing 305.7 yards and 17 points per contest. Terrell Suggs has 9.5 sacks, C.J Mosley has 95 tackles, and Eric Weddle has 4 interceptions for the Baltimore Ravens.

The Spread: Lions vs. Ravens

The Lions have managed to play their best football on the road in the 2017 season and return after a mini-bye week as they last played on Thanksgiving. However, we are still not backing the Detroit Lions along with a free field goal. The defense of the Lions has taken a step back in the last few weeks. The Baltimore Ravens on the other hand have been a healthy team throughout the 2017 season and defensively have only given up 16 points combined in their last 2 games. Therefore, we strongly believe that the Baltimore Ravens will win on Sunday by at least a touchdown.

Week 13 will be another flaming hot week filled with surprising action and loads of points being added on the board as we head into the playoff race. There's plenty of incredible football action available this week with sensational matchups available from Thursday all the way through to Monday. Apart from the above-mentioned top three games, you will also find a host of competitive matchups at Bet365. If you are looking for a reliable, trustworthy, and reputable sportsbook with competitive odds on all upcoming NFL games in week 13, you can also look at Sports Interaction.

As we get closer to the playoffs, there's always an increase in newcomers that will try their luck at NFL betting. It's for this very reason that we at Grizzly Gaming have created the most comprehensive sports betting in Canada guide to help you understand every aspect of NFL betting, from reading betting lines to making a more educated betting decision. Week 13 is around the corner, so take our expert predictions on the top three upcoming NFL games and place your winning bets.