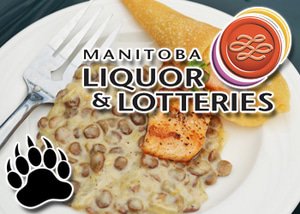 Manitoba Liquor and Lotteries doubled their local food purchases last year to be served at their two Winnipeg casino restaurants.

With an annual food budget of $4 million, they are now leading the way and dedicating 25 per cent of this budget towards local food procurement. This food is served at its two restaurants, McPhillips Station and the Club Regent, that supply approximately 9,000 meals on a regular weekly basis.

Offering up a fine example of taking action and walking the talk, Executive Director of Hospitality and Entertainment for Manitoba Liquor and Lotteries confirmed that Winnipeg casinos are totally committed to the cause and will use sustainable local foods wherever they can.

This is all down to the MLL initially setting a local purchasing target within their food-service contract and as a result of making it a major point of issue. As a consequence they have now been able to bring it to fruition and make it a reality, with the use of innovative arrangements made with their distributor.

A lot of larger institutions say that they are interested in switching to using local food, but offer up concerns relating to consistency, price, and quantity of local food available. It would appear that Manitoba Liquor and Lotteries are setting the example of how to overcome such hurdles, according to acting Executive Director of Food Matters Manitoba, Stefan Epp-Koop.

They are "probably the best example of institutions that have really stepped up in the past year, It's a very direct example of how similar institutions can make those kinds of changes," he said.