Players Can Use Spells and Abilities to Defeat Opponents 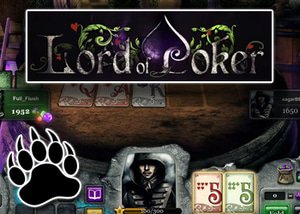 Thanks to a couple of friends and gaming enthusiasts in Belarus, poker lovers around the world may have another option available to them in the near future - the Lord of Poker.

To put it simply, the game will combine some elements of role playing with traditional Hold'em style poker. In role playing games, players can choose a race and class, then level that character to gain new spells and abilities. The minds behind Lord of Poker want to bring those elements to the poker table, allowing people to gain levels and beat their opponents with more than just their Hold'em skill.

The pair is still looking for funding on sites like Kickstarter, where they claim they need $100,000 in order to work full-time on the project and bring it to consoles and computers in homes around the world. So far, they have generated just under $2000. The title will be available for multiple platforms, including Android, Windows, Mac OSX, Xbox One, and PS4. Although there are no plans for real money play in the works, the developers intend to charge a $10 monthly subscription in order to allow access.

Investors who would normally jump on such an opportunity are a bit skittish. While experts claim that some $325 million worth of cash will be invested into eSports before the end of the year, the Lord of Poker is a brand new concept. Investors are completely unsure of whether fans will actually take to the game, and history shows that poker itself is not as "big" in the realm of eSports as MMORPG video games. In fact, there are some industry experts claiming that titles like HoldemX and Lord of Poker will push traditional poker into the backseat, at least as far as popular eSports are concerned.

There is no anticipated release date for Lord of Poker; the developers need more time and money to finish the title's creation and put it through series of alpha and beta testing. However, the concept is certainly a solid one, and gamers all over the world are anticipating their chance to play.