eSports is on the Rise and Going Strong 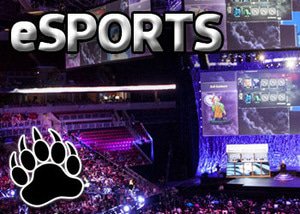 eSports and its future are expected to see an increase to nearly 600 million by the year 2020 due to its global exposure.

This announcement comes as a result of a recent market study by NewZoo, who predicts that the 2017 eSport audience will surpass 385 million and, inside of three years, will nearly double to 600 million.

This interesting data has led the company to make predictions that this year will see 191 million active players and an additional 194 million who play occasionally. Newzoo CEO Peter Warman stated "Esports is not only growing exponentially as a new independent business and industry, it is also accelerating the convergence of various established industries"

The use of eSports is giving companies focused on entertainment, media, or creating a brand, a unique opportunity to benefit from millennials who often resort to viewing game content or playing games. When you factor in the addition of live streaming and special events, the world of gaming has become even more beneficial for those in media and broadcasting as it allows them to use this avenue to market to an audience that previously was not within their reach.

As a revenue model, expectations are predicted to see growth surpass its 2016 mark of $325 million to an impressive $1.488 billion in 2020. This includes ticket sales, merchandise, sponsorship, game publisher fees and advertising. While the anticipated per player revenue is expected to hit $3.64 this year, that is predicted to grow to $5.20 in 2020, and multiplied by the millions of expected users; it is easy to how millennials are making eSports more popular on many levels.

While esports betting was not included in the study; it did recognise it to be a hot topic for those within the gambling industry. Many believe that betting on esports in itself is larger than all other revenue streams together due to the length of time esports betting has been going on.

One of its attractive features is that many in the gaming industry identified several years ago that esports was in a pattern of growth in terms of the volume of bets being placed in comparison to tradition sports betting. By the information presented from the Newzoo study, it appears this the case and growth is only set to continue and thereby creating an industry within an industry.