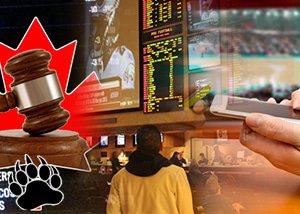 The rules surrounding sports betting in Canada where it can be spread across multiple games and matches are now finally in place and the residents can start placing bets on single events from 27 August 2021. The Justice Minister, David Lametti, announced the exciting news on Thursday at the renowned Fallsview Casino Resort situated in Niagara Falls.

The news was announced around 40 days after the Safe and Regulated Sports Betting Act, also known as Bill C-218, was passed by the Parliament. Through the Bill, British Columbia Lottery Corporation will start providing single-event sports bets and wagers on fighting and racing on PlayNow.com. This means customers at PlayNow.com can wager on upcoming boxing matches, football games, and more. It's a giant leap forward for sports betting in Canada that can lead to billions in revenue for the country over the next five years.

Sportsbooks and Casinos in Canada are Expecting Huge Betting Action

Last week, a report was released by Yahoo Finance Canada stating that Ottawa will be in charge of releasing the details of the plan when it comes to the legalization of single-event sports betting in the country. The announcement was obviously criticised by politicians who backed the legislation along with the industry group. The disapproval was directed towards the time it took to simply set a date for the new law to come into effect by the cabinet of Canada's Prime Minister, Justin Trudeau.

However, Canada's online casinos and online sports betting sites were cheerful after the announcement was made because they can now expect to handle more than $28 billion in sports betting wagers over the next 5 years with the legalization of single events. Lametti recently stated that both provinces and territories will be able to provide single event betting options to all visitors, including the Grey Cup, the Super Bowl, and the Stanley Cup Finals.

With these Criminal Code amendments, provinces and territories will be able to use their revenue to fund health care and education, in much the same way when it comes to the revenue they make from the lottery. The federal government and its role in this gambling form is now over because the cabinet ministers have finally set a start date. Provinces and territories are free to provide wagering on single event sports from 27 August 2021.

At the moment, Lametti is undergoing discussions to determine what the relationship will be between the Canadian provinces and the Indigenous people with the new laws. In June, the issue sparked a huge debate in the Senate and needs to be resolved as soon as possible. As per Lametti, the Indigenous component is the only missing part. In the past, tribes were left out in the discussions, even though they have sophisticated and well-run gaming operations. The Justice Minister hopes that the Senate will take this into account as well.

Lottery corporations run by provinces like Ontario and British Columbia should be the first to market these new products. Both the British Columbia Lottery Corporation and the Ontario Lottery and Gaming Corporation stated they they will include single-event sports betting on 27 August 2021. The government of Ontario stated that these new policies will undoubtedly create an immensely competitive market for the private sector. However, one provide company, FansUnite Entertainment, is not looking at the market, even though it's in the perfect position to capitalize on the new expansion.

Travel to U.S No Longer Needed

The recent announcement surrounding the legalization of single-event sports betting is also a huge victory for land-based casinos across cities in Canada, especially when it comes to those that are situated close to the U.S border, including Niagara Falls. There are loads of Canadian bettors that live close to the U.S border with access to U.S casinos that allow single event sports betting. However, with the new laws, Canadian bettors will no longer need to travel across the border to place bets on single event sports.

The president of Unifor Local 444, Dave Cassidy, represents the casino workers at Caesars Windsor, and he stated that with the new gambling products, the sectors that have been affected by the pandemic will create new job opportunities. During a virtual press conference last week, Cassidy said that between 100 and 150 jobs will be available at the Caesars Windsor alone. With these new changes to the law of sports betting, we highly recommend that you brush up on your football betting knowledge before the start of the NFL season!