INNOVA and Great Canadian Have More in Store for Canadian Gamblers 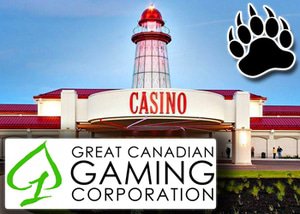 Big changes in Canadian gambling are happening this year, including the acquisition of the New Brunswick Casino by the Great Canadian Gaming Corporation and an extension on INNOVA Gaming's agreement to supply lottery tickets to dispensers across Quebec.

The Casino New Brunswick opened its doors in 2010 under the ownership of Sonco, a private company. However, the casino was recently acquired by the Great Canadian Gaming Corporation for a sum of $95 million CAD. According to the president of Great Canadian, the acquisition "represents an important opportunity for value creation" and will allow Great Canadian to make an even bigger name for itself.

Casino New Brunswick is located in Moncton and offers visitors a full gaming floor, a high-quality hotel, and a performance arena. It is the largest entertainment plaza in New Brunswick, and it generates some $38 million in profits annually. The casino offers many rewards programs for its regulars, and the Great Canadian Gaming Corporation claims that many of the familiar programs and events will remain the same despite the change in ownership.

INNOVA Gaming Gets a Contract Extension

People of Quebec are happy, as well, after hearing of INNOVA Gaming's plans to continue to offer lottery ticket dispensers into 2016. The agreement was originally signed back in 2014, so this marks the third extension on the original deal. Both INNOVA and Loto-Quebec, the group that oversees the lottery ticket industry, are pleased with past results and look forward to continuing their relationship into the coming year.