Single-Event Sports Betting in Canada Could Be a Reality 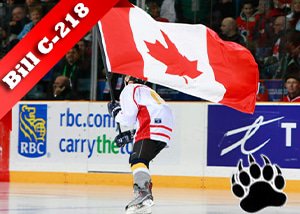 Single event sports betting could launch as early as spring 2021 in Canada thanks to the private member's Bill C-218 that gives Canadian gamblers new hope in the country. The 'Safe and Regulated Sports Betting Act' began its first hour of debate on Nov 3rd 2020 with a surprising number of members speaking positively.

Single event sports betting in Canada could be closer than most players think as plans are once again in full motion to get this approved. Conservative MP Kevin Waugh introduced a new private member bill with the intention to make it legal for bettors in Canada to place an assortment of wagers on single sport events. This bill will also attempt to make Canada more competitive in terms of sports wagering.

For quite some time, single event sports betting across Canada has been one of the primary goals for most MPs, each searching for a way to make the local gambling industry more competitive and to eliminate the need for Canadians to make their way south of the border to successfully place single event sports bets. Earlier in the fall, the government decided to suspend the meetings, which introduced more delays to the bill.

It became quite clear recently that sports betting efforts are going to be renewed long before the Parliament in Canada returns because the country has been delaying for years in this area. Kevin Waugh is more than ready to start the battle to ensure single event sports betting is available in Canada which will make the country far more competitive when compared to the U.S and other regions that allow this type of wagering.

It's no secret that Brain Masse, the Windsor West MP, has been one of the primary supporters for the bill as he promoted a modern gambling perspective for Canadians and offered a breath of fresh air to the world of local gambling. During September, when the suspension was announced, MP Brian Masse expressed his fears with the way things are going and the delay of his plans to offer something new to the Canadian market. Efforts for his plans have been in motion since 2011.

During 2011, Joe Comarti, the former Windsor-Tecumseh MP, supported the bill that would allow single event betting for players in Canada. Unfortunately, his efforts did not garner any results as the bill got put on hold and later died before the election, but it did receive loads of results from several organizations and the people in Canada that continue to this very day. A little later on a new bill C-221 was introduced with much the same results.

The House of Commons

MP Brain Masse stated that this change in local gambling could be legalized with a simplistic signature in one swift motion. Kevin Waugh and Brain Masse are in a dual-party partnership with the C-218 Bill. According to the two MPs, the time to act is now because, without the necessary action to legalize single event sports wagering in Canada, more money is being lost in the country at a time when COVID-19 has put a strain on the economy.

Sports betting enthusiasts in Canada usually make their way to the border in order to place bets in various border states in America. The state of New York is one of these locations. This obviously deprives the Canadian provinces of substantial revenue within the gambling sector. You also need to take into account the unregulated market that is currently thriving within the borders of Canada, harming the legal gambling field quite severely. Therefore, the House of Commons will soon reflect it's position in terms of the bill.

The president of Unifor local 444, David Cassidy, stated that once the dust has settled that he predicts the ultimate approval on single event sports wagering will take place next year by the Senate. If this is true, Canadian players can expect to enjoy single event sports wagers as soon as Spring, reaching a significant milestone when it comes to the gambling field of Canada.