In The Face Of A Failing Company, Zynga Struggles To Remain Relevant 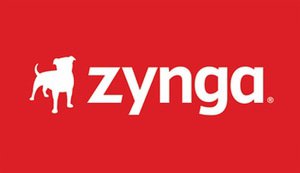 A long standing giant in social gaming that many other developers aspired to approach the success of has now seen a series of failings cutting into their share prices.

Just two weeks ago the seemingly most well known game maker in the world of social gaming was struck a huge blow by taking a painful 16% hit in their stock prices, their single largest single day drop in the history of the company. Paired with the failed attempts at new social poker games which have resulted in only holding on to a (still impressive) 25% market share in that field, this makes for a huge blow to their bottom line.

Despite what one would think about he game testing process of a company so influential and involved in this market, Clive Downey, company COO, chalked these recent failures up to inadequacies in that part of the process on a conference call with analysts. This explanation, rushed release without sufficient play testing, was also used for the quick crash that happened to 2014's NFL Showdown . This rationalization seems to be grasping at straws, looking for something else to point the finger at while the reality of the situation clearly seems very different.

Those who take the time from their lives to play social games tend to be very dedicated and loyal to their brands so long as there are new additions and innovations being added to their favourite brands. Zynga has been purchasing other smaller success stories and releasing near carbon copies of its current hits, such as their Texas Hold Em Poker and Farmville properties, instead of taking the time to tap back into the innovation that made them grow so large in the first place.