Home News NHL starts will not participate at Winter Olympics 2018 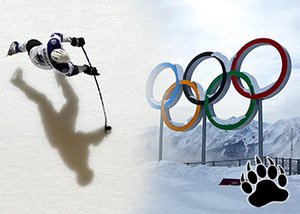 NHL players will not be permitted to participate in the PyeongChang 2018 Olympic Winter Games.

The men's ice hockey tournament at the 2018 Winter Olympics will be held between 14 and 25 February 2018 in Gangneung, South Korea. 12 teams qualified for the tournament, 8 of which did so automatically thanks to their ranking in the International Ice Hockey Federation. However, it will be rather different from what we've come to expect since 1998.

The NHL previously suspended its season and managed to send its athletes to the last 5 Winter Games since 1998. However, this year, the league has decided to bar its players from attending the Pyeongchang Games and therefore the rosters of the participating nations will feature less-than-familiar faces.

From 14 - 18 February, there will be a preliminary round featuring three, four-team groups. Thereafter, the 12 ice hockey teams will be seeded, and the top 4 seeds will each receive byes into the quarterfinals. On February 20, the single-elimination games will commence and on February 23 the semi-finals will be held. On February 24, bettors can look forward to the bronze medal game and on February 25, bettors will be treated to the gold medal game.

Regardless of the roster configuration in international tournaments, Canada's ice hockey team is always considered pre-tournament favourites. Canada managed to win the Spengler Cup in December, ranking them first according to the International Ice Hockey Federation. Willie Desjardins, former Canucks coach, will be controlling the game from behind the bench while Christian Thomas, son of Steve Thomas and former Rangers prospect, will be making his debut at the Olympics. Canada won gold at the Olympic games in 2010 and in 2014.

Pavel Datsyuk, former Red Wing, and Ilya Kovalchuk, former Devil, highlight the roster. As Russian athletes have been barred from taking part in the 2018 Winter Games, the hockey team will participate under a neutral flag. However, there will be no mistaking the identity of the team.

In 2014, Sweden managed to lose against Team Canada in the gold medal game and while Henrik Lundqvist, goaltender for the New York Rangers, won't be manning the net, Joel Lundqvist, his twin brother, will serve as captain. Rasmus Dahlin, 17-year-old defenseman is also worth keeping an eye on as he is expected to be the first selection in the 2018 NHL Draft.

There will no familiar faces for Finland, as most of the players come from the KHL. However, a strong track record will make them a strong contender to claim a medal. Finland was defeated by Sweden in 2006 for gold and Finland claimed bronze in 2010 as well as 2014.

Much like Finland, Czech Republic has a squad comprising mostly of KHL players. However, Martin Erat, captain of the team, played for the Coyotes, Capitals, and Predators from 2001 to 2015.

The Winter Olympics has always provided loads of entertainment when it comes to sports betting in Canada, and 2018 is no exception. Bettors from around the world can look forward to a wide range of betting markets and competitive odds when it comes to the fast-paced sport of ice hockey.