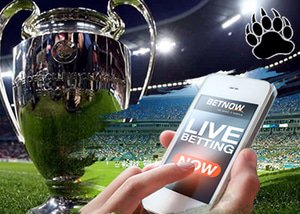 The knockout stages for the UEFA Champions League is finally here, featuring 16 teams that will battle it out over the course of two legs to determine who will reach the final and ultimately hoist the prestigious European Cup for the 2017/18 season on 26 May 2018 in Kiev.

Over the last two weeks, we witnessed some remarkable action by each of the 16 teams who contended in the first leg with hopes of getting a necessary edge for the second leg of the knockout stages.

During the first leg, we witnessed an unpredictable draw between Tottenham and Juventus (2-2), the destruction caused by Man City over FC Basel (4-0), the sensational play by Liverpool crushing Porto (5-0), and the magnificent win from Real Madrid against PSG (3-1). We also saw Bayern Munich guarantee a spot in the final 8 after beating Besiktas (5-0), the nail-biting draw between Barcelona and Chelsea (1-1), the goalless draw between Manchester United and Sevilla (0-0), and the stunning triumph from Shakhtar Donetsk over Roma (2-1).

The second leg of the Champions League knockout stages will commence from 6 March 2018 until 14 March 2018. If you are looking for sports betting opportunities in Canada, then look no further than the eight incredible matchups taking place to determine who will advance to the quarterfinals.

The Dragons will go on to face the Reds at Anfield stadium for their second leg of the Round of 16. Liverpool are huge favourites to win at -210 while Porto is at +540. We can expect another high-scoring match, especially with Liverpool playing in front of their home crowd.

The Merengues will make their way to the Parc des Princes stadium to face PSG on home turf for the second leg of the Champions League knockout stages. Although PSG was defeated during the first leg, they are currently favourites to win at -150 while Real Madrid comes in at +340.

The second leg between the Spurs and the Italians will take place at Wembley Stadium for the Champions League Round of 16. Spin Palace Sportsbook currently backs Tottenham as the favourites to win the match at +105, while Juventus is at +240.

After a devastating defeat from Man City in the first leg, the Swiss will do everything in their power to make a comeback in the second leg. However, Man City are playing at home and are heavy favourites to win at -940 against FC Basel at +1975.

Shakhtar will look for another sensational victory against the Yellow and Reds, this time at the Stadio Olimpico stadium in Rome for the second leg of the Round of 16. However, Roma are considered favourites to win at +135 against Shakhtar coming in at +365.

After a goalless draw in the first leg, the White and Reds will make their way to Old Trafford to face the Red Devils at home. With home-field advantage, Man Utd are considered the favourites to win the match at -145 against Sevilla at +415.

After an incredible victory at home, the Reds will make their way to Istanbul to face Besiktas in the second leg of the Round of 16. Bayern is yet again the favourites at -260 while Besiktas is at +600.

After a hair-raising 1-1 draw, the Blues will make their way to Camp Nou stadium to once again clash against the mighty Barcelona to end the second leg of the Champions League Round of 16. Barcelona is seen as favourites to win the match at -225 while Chelsea is at +550.