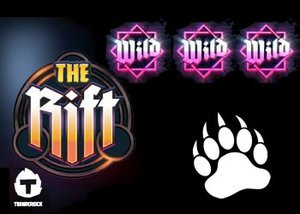 Thunderkick have just announced a brand new slots game which they will release on the 4th May. This new release is all about mystery and magic and looks set to excite players.

It's been a while since Thunderkick have released a new slots games and The Rift sounds very promising. This is a brand new title and will be released for both mobile and desktop. According to the Thunderkick website, players are going to take a walk down a murky back alley where they will encounter a mysterious rift. This rift is feeding on all of the world's magical effects and players need to collect them all before they are sucked up.

In a statement Thunderkick explained that, The Rift draws inspiration from horror fiction where you have stories of great entities beyond man's comprehension, threatening to envelop the world in madness and darkness. It's obvious from this description that a lot of thought has gone into this Thunderkick slots game.

The Rift slot machine may feel a little darker in tone compared to some of their other titles but we suspect that is will just as good if not better than what we have seen before.

Because the game hasn't been released yet it is hard to say exactly what to expect but we know players will be delighted to know that there will be sticky wilds, re-spins, and bonus games. Two scatters is all you'll need to trigger the free re-spins feature and players will be awarded with 1 to 3 wilds on the screen. If you get three scatter symbols you will trigger the bonus games where you will be rewarded with an increasing amount of sticky wilds, but there is no mention of how many free spins will be rewarded. It looks like the more scatter you get the more sticky wilds you will get too, and of course as every slots player knows, this means bigger wins, and plenty of action.

According to Thunderkick The Rift is an action packed game filled with visual effects, dark symbolism, immersive music, and powerful sticky wild symbols.

If this sounds like a slots game that you would enjoy and you want to try it out and play for real money, we recommend checking out Wild Sultan casino where new players can get a great welcome bonus worth $100 free. Don't forget, The Rift goes live on the 4th of May and we are very excited to see what this new slots game will bring.