Playtech Combines Bingo and Slot Action in King of the Underworld 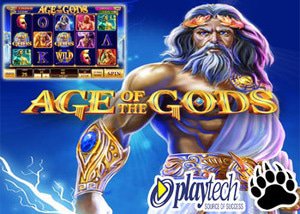 Playtech casino sites have released a new game from the Age of the Gods series.

The new King of the Underworld slot invites players to enjoy a thrilling quest to save the lost souls and collect some major wins as they play. This exciting slot game offers an appealing theme that features legends from Greek mythology and players will find this bingo-style slot to be one that is unique, rewarding and a joy to play online.

Age of Gods: King of the Underworld is one of the most action-packed games from Playtech and offers an incredible assortment of game features. Players will find they can generate wins with wilds as well as scatters and there are two amazing bonus rounds that can be triggered for huge wins. The Gates of Hell Bonus offers players the chance to choose a door to rescue a lost soul. However, if they choose the wrong door, Cerberus is released and the bonus will end. The other bonus round is the Thread of Fate Bonus and here, players will place their fate in the hands of the Fate Sisters and benefit from magical rewards.

About Age of Gods Bingo Games

Players will not only be able to enjoy traditional style casino games but will also benefit from amazing bingo games, too. The Age of Gods bingo games have become quite popular with players and the King of the Underworld slot is the second game of the series. This bingo slot game follows the success of Age of Gods: Lord of Lightning and provides players with a combination of slot and bingo thrills and offers many great ways to generate payouts.

Play the King of the Underworld slot