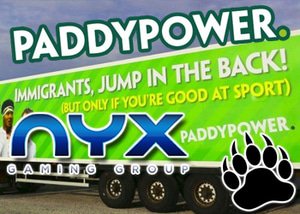 Top casino games supplier NYX Gaming Group Ltd., has just announced that they are signing a deal with major betting and gaming operator Paddy Power. This will see Paddy Power offering a selection of gaming titles via the NYX Open Gaming System.

This new agreement is expected to be in place by the end of the year and will see popular slots and scratch card games such as Merlin's Millions, Superbet, Foxin' Wins, and Jackpot Jester 50,000 all being made available to Paddy Power customers. These games are all provided by NextGen Gaming who are a wholly owned subsidiary of NYX. In addition to these amazing titles, Paddy Power will also be offering a number of different games by several third party suppliers that have been integrated into their sites.

According to Commercial Director for NYX Gaming Group, David Johnson, the deal that has been agreed will see NYX supplying Paddy Power with its online gaming content via NYX OGS and they are very happy with the agreement. He went on to say that NYX's distribution network, and speedy market releases are the main driving force for gambling operators worldwide that wish to partner with them.

Paddy Power's Commercial Manager, Henrik Johansson said that this new deal with NYX will allow the Irish gaming company to add a considerable number of new online casino games to their arsenal.

For NYX, this announcement comes only days after they revealed the signing of a long-term contract with German gambling operator mybet. Mybet is predominantly focused on the expansion of their mobile offering and will be adding online casino titles via NYX OGS. BoyleSports is another gambing operator that has also gone live with NYX's Open Gaming System and some of NYX's most popular titles including NextGen Gaming titles are now available to BoyleSports' customers.

This news comes at a time when Paddy Power is working on improving their online casino product and having had one of their sports advertisements banned in Ireland for breaching the country's regulations this should really help. Paddy Power are one of the world's largest online gambling companies and their advertisement "Immigrants, Jump in the Back" sparked controversy during the summer when it featured several sports stars that were born overseas but represented Great Britain. The advertisement was meant to be edgy, humorous and engaging but the ASAI (Advertising Standards Authority for Ireland) said that the advert was making fun of immigrants.