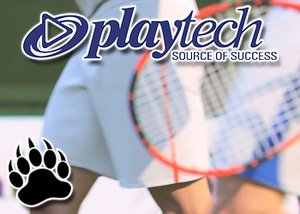 A brand new Playtech virtual tennis game has been released and is set to be a massive hit among players.

Playtech has released the industry's most advanced virtual tennis game as part of their Virtual Sports lineup. This new game is being called the industry's most graphically advanced leading virtual product ever. If this sounds like something you would like to try, you will be happy to hear that the Virtual Tennis game is due to be available on all Playtech mobile, retail, and online casinos.

This Playtech virtual tennis game comes complete with three-dimensional action, realistic gameplay, and pre-match betting markets. The detailed lifelike action alone takes players to a whole new playing level. The details have been fine-tuned and even the clothes that virtual players are wearing move as the tennis players do. It is extremely realistic and we can't wait to see it in action.

Playtech have really gone above and beyond in the creation of this new virtual product. They have worked with Warner Bros Studios to get the attention to detail perfect. Last summer they installed more than 100 cameras at the Warner Bros studio in Hertfordshire so that they could master the creation of this product. These cameras offered positional accuracy down to half a millimeter. They then filmed professional sportsmen and women in competition conditions over hundreds of hours using technology that was seen in films such as Avatar, Godzilla, and Quantum of Solace. The use of this technology ensured that the men and women in their virtual tennis game were perfect.

According to Elliott, Norris, Virtual Sports Head for Isle of Man Based Playtech said, "Our virtual tennis product is unlike anything the industry has ever seen and feels as if you are courtside watching a Grand Slam. The Team has done a phenomenal job and we're delighted and incredibly proud of the results. The graphics are mind-blowing and we are the only company able to offer full sports simulations meaning that betting and gameplay are as realistic as possible."

Playtech also offers virtual horse, greyhound, cycling, and football games. They are also due to release a basketball game later in the year. Playtech have not be restricted to graphical development either and they have stated that they also concentrated heavily on back-end simulation in the creation of their virtual sports games to ensure that real-life football, tennis, and basketball has been replicated from a gameplay, user experience, and an odds and betting perspective. We are expecting to see great things from this software developer and the year goes on and virtual sports games and sports betting become a huge hit with the online gambling population.