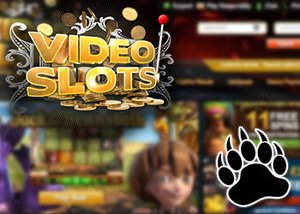 Players now have their chances doubled on winnings when they partake in Battle Of Slots tournaments at Video Slots Casino since the casino has recently launched a brand new Joker feature.

The Battle Of Slots tournament is a revolutionary concept that offers online players an unmatched multiplayer experience that earned Video Slots multiple awards since 2015. The tournament offers participants the opportunity to socialize with fellow players in poker-style lobby play where prize pools award excellent prizes. Players are required to pre-register for the tournament of their choice and could become the game's Joker if drawn randomly. Benefits of being chosen as the Joker offer the registered member doubled prizes, which ultimately hugely increase their chance to win the Battle Of Slots tournament.

The brand new video slots joker feature is created to encourage tournament participants to register faster for Battle of Slots and has already proven to dramatically increase player participation. At Video Slots Casino numerous tournaments take place daily, and participants can select from popular NetEnt titles such as Jimi Hendrix, Guns N Roses, or Starburst video slots, while tournaments are also offered on titles from other developers and buy-ins for tournament participation stars from around €1 up to €100 while freeroll tournaments are regularly available.

Tournament prizes start from around €50 up to €1,000 and during freerolls, first-time participants stand the chance to win large quantitates of free spins starting at 500 up to a maximum of 1,000 free spins.

Everyday, is Battle of Slots day at Video Slots Casino and with all the excitement around the introduction of the Joker feature the Chief Executive Office, Alexander Stevendahl at Video Slots shared in a press conference that Battle Of Slots has proved to be one of the most amazing successes and he has no doubt that the Joker feature will be a remarkable addition to the tournaments. What the casino hope to achieve is doubled early pre-registrations, which results in an increase in prize pools. With buy-in's structured to suit all budgets the Battle of Slots tournaments appeal to all players and have hugely contributed towards the phenomenal success enjoyed by Video Slots Casino.

Video Slots Casino is the winner of a long list of awards including Best Casino 2015 & 2016, Best Gaming Experience, as well as Best Casino Manager in 2016, and Best Slots Operator 2017 awarded by International Gaming Awards.