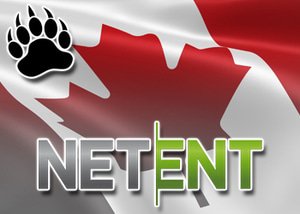 With New Jersey in the United States officially allowing online gambling, Net Entertainment has decided to focus its resources on that market and will block NetEnt casino games to Canadians.

The company's two online casinos in the United States - Borgata and bwin.party - have really taken off since new legislation made them legal in one of the country's most populous states. Net Entertainment has announced that the bulk of its resources will be spent in that state, and the developer has pulled its games from Canada and other countries.

The Reason Behind NetEnt's Decision to Exit Canada

Today's online gambling world is one that is shrouded in legislative gray areas, and in some areas, restrictions on online casinos continue to tighten. In countries such as Canada, while online gambling is not technically "legal" in the most literal sense of the word, neither is it illegal. This means that casino operators and software providers operate with dozens of unknowns. In 2015, Net Entertainment formally announced its partnership with Borgata and bwin.party, two very popular online casinos in the state of New Jersey. Because there is less risk for the software developer to focus on customers in that state, they have decided to pull their services from not only the Canadian market, but also the French market and others around the world. The removal of NetEnt casino and slots games is not being publicized by the casino operators as is their prerogative. It is gradually happening behind the scenes.

While Net Entertainment is certainly one of the best providers of online casino software, including many unique 3D slots as well as traditional casino card games and more, gamblers in Canada will still have plenty of options when it comes to online gambling. Other providers, such as Microgaming, Playtech and RTG are quite well-known for their outstanding titles, huge jackpots, and fair payout percentages. Companies like NYX, Betsoft, and Novomatic still provide software to the Canadian market, as well.

Where To Play Now?

Fans of Net Ent slots may want to turn to Microgaming casinos instead. This provider has been around for quite some time and has earned a reputation for being fair and trustworthy. Royal Vegas is an outstanding Microgaming casino that offers slots, classic casino games, and more. Playtech is another popular provider in Canada and around the world, and you can find Playtech slots at Sports Interaction, where sports betting and casino gambling go hand in hand. Finally, if you're a fan of RTG software, be sure to find them at Bodog Casino.

Although there's no denying that online gambling has changed over the last few years, and that more changes are still to come, many of the world's top developers seem to be pulling from huge markets worldwide. Only time will tell whether Canadian legislators will officially legalize online gambling in such a way that both the players and the software developers are protected.