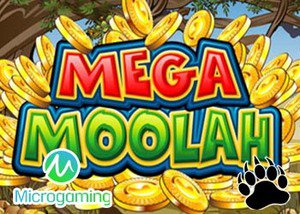 Known as the "Million Maker", Microgaming's, Mega Moolah slot delivered a mega surprise to a player at Grand Mondial Casino, it's timing simply perfect as the winner starts the 2017 festive season €938,306.35 richer.

Mega Moolah, just one of the many Microgaming slots offered at Grand Mondial, takes players on an African safari where animals cleverly combine to award wild rewards, scatter wins, free spins and the jackpot bonus could trigger at any given moment. Multiple opportunities to claim fascinating payouts are presented across 25 paylines controlled by 5 reels, while the main attraction is the wheel of fortune style jackpot bonus round. The lions are wild in every sense as they walk the reels to double payouts, scattered trophies lead the way to free spins tripling all achievements.

The jackpot wheel in Mega Moolah slot features four jackpots, including the mega, mini, major and minor. The biggest offer a mega-sized prize guaranteeing a minimum payout of one million and anything over is contributed by the small seed taken from every bet that grows the progressive pot. The Mega Moolah slot guarantees total randomness offering an equal opportunity to all and any player can trigger one of four progressive jackpots.

Mega Moolah slots' massive payouts have featured in news around the globe including the Irish Independent, The Sun, Sky News, Mirror, and BBC to name only a few. Yet on the 15th of November 2017, it was a Grand Mondial Casino player that was astounded, shocked and completely surprised as the jackpot selected to trigger at that time and awarded a prize worth €938,306.35.

Games Publisher, David Reynolds at Microgaming shared in a press conference that Mega Moolah delivered another fabulous jackpot to a lucky player in November, and congratulated the player who enjoyed the big win at the Grand Mondial Casino.

Grand Mondial Casino is a member of the Interactive Gaming Council, operates under a code of conduct that guarantees honest and fair gaming and prides itself on the trustworthy and reliable service praised by thousands of members.

There is no end to the level of excitement at Grand Mondial and the gaming library is stocked with 550 of the finest games, while new additions are added on a monthly basis. Members at the casino have access to hundreds of three and five reel slots, and while players might be stuck for choice due to the variety of themes, it's the blackjack and roulette games that get them clinging to the edge of their seats. Several video poker titles are available while the most impressive of the gaming collection is the extended variety of Microgaming jackpots, including Mega Moolah, Treasure Nile, Major Millions, Fruit Fiesta, as well as several others.