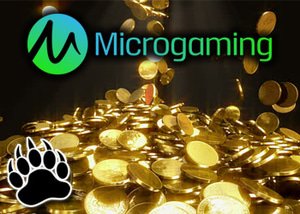 Happy New Year to everyone reading today! To celebrate, let's take a look at all the 2016 Microgaming jackpot winners and the progressive slots that have made their holiday season even better.

Microgaming have the largest progressive network in the online gambling industry and their slots games have been responsible for some life changing wins during 2016 and we're sure this will continue in 2017 too. Below we have a rundown of the jackpots paid out to Canadian players last month on the top progressive jackpot slots such as Cash Splash, Mega Moolah, and Lotsaloot. It must be so exciting to win lots of money just in time for the holidays and all the great things you could do with it!

There were 7 Canadian Microgaming jackpot winners on this slot during 2016 and all these wins came on mobile devices. The biggest cash prize was $63.9k for a player by the name of E.O playing at Zodiac casino on her Android device. Next up was O.L from Canada who won $45.8k at Captain Cooks casino again on an android device. The lowest prize claimed on this Microgaming slot was $5.2k by C.H. at Zodiac casino. The full breakdown of winners is below.

Mega Moolah is one of the most popular Microgaming progressive slots and 2016 saw 7 Canadian players winning big in time for Christmas. The majority of the wins came from Zodiac Casino and the largest cash payout was for $59.5k. The full list is below.

Lotsaloot is a Microgaming slot that doesn't get quite as much attention as Mega Moolah or Cash Splash, but one lucky Canadian player scooped a lovely cash prize of $7k at Zodiac Casino in time for Christmas. T.D. was playing this slot machine on her desktop when she hit the jackpot.

To learn about Microgaming jackpot slots and the best casino to play them at, be sure to check out our in-depth review on this online gambling software provider. Voted leading software provider year after year, this provider is one that has made more online millionaires than anyone else and we look forward to bringing you details of the lucky players who claim big jackpot prizes in 2017.