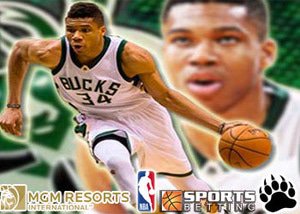 On 31 July 2018, MGM Resorts International became the first official gambling partner of the NBA after signing a multi-year partnership deal. This revolutionary deal between a world-renowned casino operator and a major U.S sports league is certainly the first of its kind.

The deal struck between the National Basketball Association and MGM Resorts International is considered the next chapter in the process of betting as it becomes an accepted part of the U.S sports culture. For decades, the major sports leagues avoided any association with gambling. However, earlier this year the Supreme Court overruled the federal law that basically banned all sports betting in the United States which managed to pave the way for significant improvements in the world of sports betting.

This ground-breaking deal will allow MGM Resorts International to use official data from the NBA on its betting platform as well as work with the major sports league to detect and prevent game-fixing and fraud. MGM Resorts International also have the rights to use WNBA and NBA team logos and marks and will work on a marketing plan with the National Basketball Association.

Adam Silver, the NBA commissioner, has long stated that sports betting will become widespread and legal in the United States. In 2014, Adam Silver called for its regulation and legalization, and since the federal prohibition was struck down by the Supreme Court in May earlier this year, the NBA was eager to become the first official sports league to profit from this new development. The agreement between MGM Resorts and the NBA will stand for three years where MGM Resorts will pay $25 million to the NBA for the rights to use highlights, logos, and data relating to the WNBA and the NBA.

While MGM Resorts is considered the exclusive gambling partner of the NBA league for marketing purposes, the rest of the agreement between the casino operator and the major sports league is not exclusive. Therefore, it's highly likely that the NBA will look for similar partnerships surrounding its data with other leading sports betting operators. The National Basketball Association is eager to have every operator that offers live bets on basketball games to use official league data as well as work closely with league officials to completely prevent manipulation. The NBA will also seek royalty for every wager placed on its matches and wants to have a say in limiting specific types of betting. However, gaining these provisions could prove to be quite challenging.

Although the deal between MGM and NBA was announced on 31 July 2018, there are still numerous details that need to be ironed out. It's still not clear whether MGM Resorts will be allowed to provide betting on the NBA's summer league or developmental league, or if MGM Resorts can use certain WNBA and NBA game videos and highlights through its betting products. The NBA has also not announced how the league will offer its real-time data to the largest casino operator in the world, or any other operator who wishes to strike an agreement with the NBA.

The latest deal between MGM Resorts and the NBA is just one of several moves the casino operator has made recently in an attempt to conquer the legalization of sports betting in the United States. MGM Resorts has also confirmed a massive $200 million sports betting deal with Ladbrokes, allowing the two companies to create a new partnership in the United States where they announced an agreement to operate in 15 different states. MGM Resorts has also purchased a casino and racetrack in Yonkers for a staggering $850 million. In addition, MGM Resorts plan to provide online and mobile products, including casino gaming, daily fantasy, as well as in-game and traditional sports betting.