A Jackpot was Recently Hit on Beach Life Slot with a Huge Win! 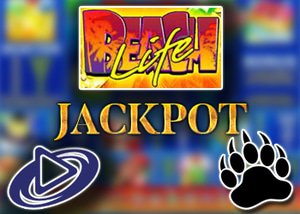 Beach Life slot surprised an unexpecting player over the past weekend with a massive jackpot win when he/she triggered the progressive jackpot and became $2,787,037 richer instantly.

Beach Life is one of the most popular video slots parts of the great range of Playtech jackpots and its biggest win ever paid out was in 2009 when a lucky player hit a record jackpot worth $8,211,861.

Triggering the progressive jackpot requires five sun symbols on an active payline and while players strive to achieve this several other bonus actions are in place to keep lucrative winnings rolling in. The shade wearing sun is the wild symbol and stands in for all others to increase combination forming. Scatters symbols awards up to 500 times the triggering bet once five appear scattered across the reels.

Jackpot Giant awarded its biggest payout in January 2016 when an anonymous player from Glasgow won $6,420,011, and currently, the jackpot is ready to crown a lucky player with a record jackpot win worth $7,506,908.