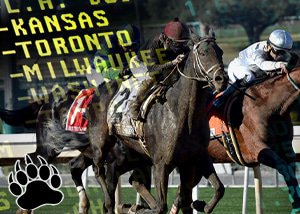 Discover why the horse racing tracks in Canada have proven to be the largest obstacle when it comes to the single-game sports betting effort and how it's been tackled.

Single-event sports betting in Canada is closer to becoming a reality thanks to the C-218 Bill that is heading toward its third reading after receiving unanimous support from the Justice and Human Right Standing Committee. The C-218 Bill, also referred to as the Safe and Regulated Sports Betting Act, returned to the House with a vital change that would protect horse racing from the changes previously proposed. Specifically, it would disallow sportsbooks in Canada from providing lines on horse races.

Industry experts are obviously unsurprised by the new amendment because it places the C-218 Bill in line with the C-13 Bill, a bill that the government put forth last November, spearheaded by David Lametti who is the current Justice Minister. The C-13 Bill was abandoned after the C-218 Bill was passed in the second reading on February 17 (305-15). Conservative MP Kevin Waugh tabled the Bill in early 2020.

The Expansion of Sports Betting is Off to the Races

When you look at the history of legal sports betting in Canada, you will notice that parlays were the only option. However, an obvious shift in the former detractors' perspective has recently led to cross-party federal support. In addition, it's also the first real chance since 2015 to legalize single-event sports betting. The last attempt died in the Senate with Bill C-290.

Placing bets on individual events have been legal in Canada for several decades. It was actually the only form of legalized gambling until 1969 throughout the Great White North. However, when it came to horse racing, bettors were restricted to only use parimutuel betting. When you look at the parimutuel betting system, you will realize that both payouts and odds continue to fluctuate until the horses have left the starting gate. Sportsbooks, on the other hand, use a fixed-odds system that will lock the payout once your bet has been placed.

When the Criminal Law Amendment Act was passed in 1969, it introduced legalized gambling thanks to the establishment of provincial lotteries. Furthermore, it also provided protection for the horse racing industry that was federally managed. Under the existing pari-mutuel betting system, a portion of the profits are reinvested into horse associations, support for breeding programs, track maintenance, and other elements in the industry.

Sportsbooks Have No Direct Involvement in the Racing Game

The C-218 Bill could allow new legal sportsbooks to provide fixed odds betting on horse races without the amendment. However, this would be a significant blow to the current industry. The horse racing industry in Canada relies heavily on parimutuel betting for the bulk of its revenue. Insiders managed to level concerns after explaining to the Justice Committee what fixed-odds betting would do to the horse racing industry.

Thankfully for those stakeholders, the inclusion of the amendment means we won't find out because horse racing remains protected on a federal level. It could be unfortunate for bettors in Canada because the hold on parimutuel betting seems to be larger. However, the horsemen have made a valid point, stating that this is because the overall proceeds from horse race betting is funding jobs and tracks surrounding them.

Most racetracks across Canada operate on a non-profit basis and rely on sports betting to pay for veterinary care for all horses, maintenance, and salaries. With a smaller house take, this model would simply be unsustainable. That means that it's nearly impossible for the horse racing industry to complete with sportsbooks because they are not required to contribute to that overhead.

Is Historical Racing the New Future?

The advocates of the racing industry are also requesting historical horse racing to be legalized as it would assist the industry to stay competitive. HHR allows gamblers to place bets on the outcome of horse races that have already occurred. Finding information about the previous horse races is eliminated which prevents bettors from discovering the winner before a bet is placed. The game is usually accompanied by symbols and spinning reels as opposed to the actual footage of the horse race itself.

This effectively makes an HHR terminal the same as a slot machine. However, instead of a conventional random number generator, it comes with a database of previous horse races instead. Legalizing HHR terminals would allow the industry vendors to provide something in a similar fashion as casino gaming without overstepping the boundaries set forth by parimutuel betting on horse races. Several states in the U.S permit the use of these machines at their race tracks and Oregon is the first state to experiment with this idea in the online gaming industry.

The Racetracks of Canada organization represents over 40 racetracks across the country and the voice behind the organization is Jim Lawson who is the CEO of Woodbine Entertainment, considered the largest racetrack operator in Canada. He stated that the emergence of sports betting down the line will provide an increase in competition for the industry and that the country needs to find additional sources of revenue if it wants to survive. It seems like HHR terminals are the way of the future to ensure its survival.

The C-218 Bill is currently in the reporting stage, allowing members to propose additional amendments when it comes to the legislation. During the reporting stage, debates will solely focus on the amendment and not the entire bill. Once the bill is finalized, it will return to the house for a final reading. Thereafter, it could lead to adoption. Should the bill successfully pass the third vote, it will make its way to the Senate for consideration. Further amendments can be suggested by the Senate. However, chances are that the bill can also be accepted, giving it a royal ascent.

However, if the Senate decides to make changes to the bill, it will return to the house. Both the Senate and the House need to agree on the final language before the bill can ascent into law. Even though momentum seems strong behind the C-218 Bill, there are still several hurdles that it needs to overcome along the way. The snap election is the most significant of these hurdles and it can completely derail the bill come spring. This will always be possible when the ruling party in Canada only holds a minority.

The Liberals state that they have no plans to send the citizens of Canada to the voting booths earlier than expected. However, an early return to the polls from the opposition is possible with a non-confidence vote. This could happen on 19 April when the Liberals plan to release their budget. With that in mind, it's also worth mentioning that the Liberals want to pass another bill, known as the C-19 Bill. This will ensure a safe election if there is one called during the global pandemic, suggesting that the Liberals view this as a realistic threat.