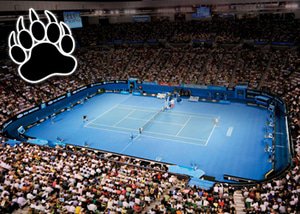 The Australian Open has just kicked off and with it comes allegations of tennis match fixing. This has led to a renewed criticism of the sponsorship deal that exists between UK bookmaker William Hill and the Australian Open.

Advertisements for William Hill are to be displayed in three different areas during the Grand Slam Tournament and critics have come out in force to say that the deal represents a problematic deepening of ties between large bookmakers and the sport. They have called on Tennis Australia to put an end to this.

It must be noted that William Hill is not implicated in the match-fixing allegations and in a statement, Bill South, William Hill's Group Director of Security and Community, said: "Close partnerships between regulated and licensed betting operators like William Hill and sporting bodies are part of the solution to integrity issues, not part of the problem." He went on to say, that they have comprehensive information sharing agreements to inform the sport's integrity bodies, and for the sport to promote licensed operators is key to ensuring transparency.

South further noted that William Hill are proud of their association with Tennis Australia and will continue to play their part in contributing to the integrity of tennis in conjunction with sports bodies and regulators.

Team Australia were asked for a comment on this but did not respond in time for publication.

The BBC along with Buzzfeed News, earlier this week, both revealed evidence that match fixing is widespread at the top level of world tennis. The allegations have been something that has dominated the media coverage of the first day of the Australian Open which is one of tennis's Grand Slam events.

It seems that eight out of the sixteen players that have been repeatedly flagged by the Tennis Integrity Unit over the past ten years are scheduled to play in this tournament.

William Hill were appointed as the "official betting partner" of the Australian in October 2015. Their Australian CEO, Tom Waterhouse said at the time that the company would be expanding their tennis product range to include bet-in-play products. He also went on to say that they were extremely proud and excited to be the first official betting partner of a Grand Slam claiming that William Hill and the Australian Open were a perfect match.

Nick Xenophon, Australian senator, has stated that Tennis Australia should sever their "unprecedented ties" with the bookmaker. He claimed that this sponsorship deal was "completely inappropriate" for a sport marketed at families. He went on to say that, "this goes to a broader issue about gambling sponsorship and sporting codes being hooked on gambling revenue."

He stated that the allegations of match fixing were "incredibly serious" and has called on Tennis Australia and sports regulators to show that Australian tennis is clean.

Gambling Researcher Dr. Charles Livingstone from the Monash University has stated that the "gamblification" of tennis is well under way. He said the promotion of the sport as a means to gamble could indeed help to fuel corruption by making it easier for match fixers to hide their activities.

He went on to say that the more you promote gambling, the bigger the prize pool is likely to be and the bigger the market becomes the easier it is to hide dodgy dealings. With tennis it is incredibly easy to fix a match because it is a single person game.

Dr. Livingstone also addressed the strong impact that advertising gambling in sport can have on young people. He said, "by exposing kids and young people to this relentless gambling promotion, they will take up the offers that are made and become gamblers themselves."

Dr. Sally Gainsbury for the Southern Cross University has said that her research has shown that problem gamblers are particularly affected by advertising. She said, "most people say they are not too affected by advertising but the most vulnerable people have a harder time controlling the urge to bet. It is the most vulnerable people who are most influenced by the ad. It is a trigger for them."

She has called on regulators to ensure that more safeguards are put in place around gambling advertising so that vulnerable people can be protected.