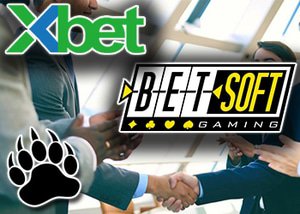 In a recent press release, Betsoft Gaming announced that they have signed a partnership deal with Xbet.com.

Betsoft Gaming is one of the leading companies in the 3D iGaming industry and they have just signed a partnership deal with Xbet.com. Xbet is a world renowned online gaming platform provider and under the terms of this new partnership deal, Xbet will be offering Betsoft's full suite of iGaming entertainment. This includes the Slots3 series, a collection of true 3D video slots. Adding their games to Xbet will help Betsoft to increase their growing player base in the Asian market.

Joya Zhang, a Betsoft representative, said, "We were really impressed with Xbet's commitment to rigorous standards regarding player security. It is an important factor to consider in the modern iGaming world. They are devoted to making sure that their players may play in safety and security. We are proud to have our games offered on Xbet.com."

Xbet's Operations Manager said, "It is such a pleasure to be launching Betsoft games on our platform. Our players are very excited and so are we. We believe it is going to be a very solid partnership and we look forward to many years of success with Betsoft."

XBet is an online casino that offers bingo, lottery and casino games to the Asian market. They use a number of software providers including Betsoft and Playtech and they are licensed in Curacao and Malta. The site's primary language is Simplified Chinese and the casino is available in both download and no download instant play formats. Mobile gaming is also available and the majority of the casino games offered are fully optimized for mobile users.

Betsoft Gaming is one of the industry leaders when it comes to 3D games. They are in fact, the leading innovator of true 3D cinematic gaming. The company offers a full suite of casino games including their ground breaking 3D series Slots3 as well as their ToGo suite of mobile casino games that are compatible with both Android and iOS devices.

The Slots3 series of games are based on Betsoft's proprietary EXPANDICON™ and features true 3D graphics and animation that meet and exceed the visual dynamics that are found in console video games and some of the most popular animated films. All the Slots3 titles are optimized for mobile gaming and their ToGo mobile games library offers all the amazing graphics from these games in a flexible mobile format.