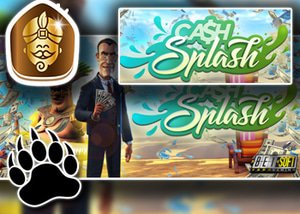 Distinguished as one of the next generations of online casino's, Wild Sultan is providing fun and appealing features and bonuses to entice players around the globe. Buckle up your seats, you are in for a ride. Experience a royal online casino extravagance with the Betsoft Cash Slash Promotion between May 2nd and May 17th, get a chance to pocket a part of the €15.000 prize.

To grab hold of this amazing deal, punters must indulge in a game of chance by playing a selection of Betsoft online casino games between May 2 and May 17, 2017. During this period the player will stand a chance to win a part of the €15.000 prize.

With each 25 spins with the smallest possible rate of €0.20 on an extensive list of selected Betsoft game titles you will be rewarded with a raffle ticket. There is no limit to a number of tickets you accumulate. So go wild and gather as much as you can. Slots included in the list are Rook's Revenge, Sugar Pop and the Slotfather: Part II.

A random draw will take place on Friday, May 19, 2017. If destiny awaits you, then you will be credited within 48 hours after the completion of the promotion.

How to participate in the Betsoft's Cash Splash Promotion

Terms and conditions of the Betsoft's Cash Splash Promotion