Home News BC Gaming Violations in 2016

735% Increase in BC Gaming Violations Reported in 2016 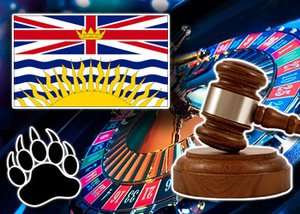 British Columbia have reported a 735% surge in Gaming Action Violations with zero changes having been filed.

BC's finance minister hasn't been able to explain why the number of Gaming Control Act violations at licensed gambling operators has skyrocketed 735% in just a single year. The British Columbia Minister for Finance released the 2014-15 annual report of the Gaming Policy Enforcement Branch (GPEB) on the 17th of May. This report cracks the whip on the province's licensed gaming operators including casinos, lotteries, bingo halls, racetracks, and the BC online casino site PlayNow.com.

The report that details how BC gaming violations in 2016 are being treated was independently published by journalist Bob Mackin. It has yet to be posted to the GPEB's website. The reports show 3,215 violations of the Gaming Control Act in the fiscal year ending March 31, 2015, which is a massive rise compared to the 385 that were listed in the 2013-14 reported.

New Democratic Party finance critic David Eby attended a budget estimates hearing on the same day this report was released. During this hearing he quizzed finance minister Mike de Jong as to what was behind the year-on-year surge in GCA violations. It has been reported that de Jong claimed he was "still trying to ascertain a more fulsome description of what types of incidents or alleged violations might be captured by that number." Eby reminded de Jong of his question later in the hearing, but an answer was never received.

Eby also noted that despite the sharp rise in GCA violations, the number of these that were referred to Crown prosecutors for the filing of charges dropped from 37 in 2013-14 to zero in the most recent report. The number of suspicious transactions at BC's licensed casinos increased by a third to 1,832 but none of these were referred to the Crown.

BC gaming violations in 2016 have yet to be seen but we already know that British Columbia is notorious for its laissez-faire approach to combating sketchy behaviour at its licensed gambling establishments. This reputation has recently prompted the provincial government to revive the Integrated Illegal Gaming Enforcement Team that the very same Liberal government shut down in 2009. Perhaps they received an advance copy of the 2014-15 report and wanted to have some political cover for when the news went public. It makes one wonder about the legal gambling approach that is being taken and what next year's report will reveal.