A List of Fun Prop Bets for Super Bowl Fans 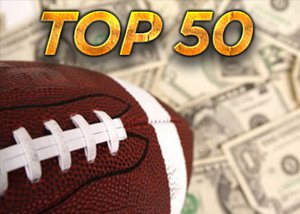 In just a few weeks, sports fans around the world will tune in to watch the 50th Super Bowl between the Denver Broncos and the Carolina Panthers.

Many of these fans will place some friendly bets on who will win the game, but prop bets like the ones below can be funny and profitable all at the same time.

What Is a Prop Bet?

To put it simply, a prop bet (short for "proposition") is a bet on anything other than the actual winner of the event. Sports betting sites often list common prop bets for football games, and many people place bets on:

Depending on the sportsbook, you can place prop bets on just about anything you could imagine, whether related to the game itself or to one of the high-profile players.

Peyton Manning spent his first few years with the Indianapolis Colts, and in 2007, he led the team to a Super Bowl victory. Now that he's quarterbacking for the Denver Broncos, his popularity is through the roof. Manning is also a spokesman for Nationwide Insurance, and fans can find him singing about delicious "chicken parm" on network television. It comes as no real surprise that some of the biggest sportsbooks out there offer up some rather unusual but downright hilarious prop bets all about Peyton Manning.

Although Cam Newton does not enjoy the same popularity with the media as his adversary Peyton Manning, he is in the spotlight when it comes to Super Bowl 50. In fact, in the event that the Panthers win the game, Newton would be the first NFL player in the history of the sport to have won a national championship in college, the Heisman trophy, and a Super Bowl - a pretty huge accomplishment. As you might imagine, there are plenty of fans out there ready to place some prop bets surrounding Cam Newton.

• How many footballs will Cam Newton throw away? • Will Newton finally propose to his girlfriend after the Super Bowl? • Will Newton do "The Dab" following a score? • Will one of the Broncos purposely "Dab" at Cam Newton?

Other Prop Bets to Consider

A prop bet doesn't have to fall into a category in order to be profitable. In fact, many of the best prop bets out there are based on random things that occur during a typical Super Bowl. As long as someone is willing to put their money up against yours, you can place a bet on absolutely anything.

• What color liquid will be poured over the head of the winning coach? • When the Super Bowl 50 MVP is interviewed after the game, who will he mention first? His family, his team, God, his coach, his fans, or none of the above? • Which coach will be the first to have his name mentioned after kickoff? • Will anyone be penalized for excessive celebration? • Will there be an earthquake during the game? • Will Peyton Manning cry at any point during the broadcast? • Will Cam Newton cry at any point during the broadcast?

As you can see, while placing bets on things like total passing or rushing yards can be fun and profitable, prop bets like these take things to a brand new level. They're not only a great way to support your favorite team, whether you prefer the Panthers or the Broncos, but they're also a great way to put a little more money in your pocket at the end of the day.