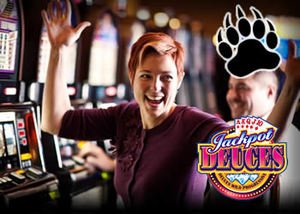 The total amount paid out by Microgaming progressives was over $884,500 and almost half of this was won on the player's first deposit and from as little as $1. Our top five CA jackpot winners include a video poker progressive jackpot winner. The total amount won by Canadian players was $132,300. The games that paid out were Mega Moolah, Cash Splash, Treasure Nile, Jackpot Deuces, and Major Millions.

As you can see, the winners played on a variety of devices and came from a number of different countries.

Microgaming casinos have the largest progressive jackpot network in the online gambling industry and last month saw them pay out over $884,500. Mega Moolah paid out over $188.5k, Cash Splash over $63.2k, Treasure Nile over $120.8k, Jackpot Deuces over $48.8k, and Major Millions paid out the most with over $571.2k going to players.

A.R from the Netherlands took home the biggest payout when he played Major Millions on his android device at Luxury Casino. In second place, was B.L from Germany who won $281.2k again on his Android and again at Luxury Casino. He made a purchase of just $33 to scoop this life changing amount.