Giveaway from Playtech Worth $250K 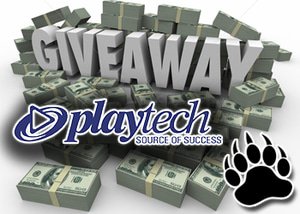 Playtech, one of the foremost providers in internet gaming software and games, has begun a special promotion that shall be available throughout its network of licensed casinos.

The $250k Playtech casino promotion will consecutively run over the course of 21 days during the holiday season.

Playtech, earlier in the year, revealed that they had entered into an agreement with Warner Bros that relates to the companies Consumer Products line. The agreement will allow Playtech to create, license and release DC branded games. This promotion is set to focus on the remarkable Super Hero games available such as The Green Lantern and will award $250,000.00 in prizes.

This highly anticipated Playtech Casino Promotion is following the successful previous June 2016 network promotion. That promotion focused on the Age of Gods slot series, and awarded numerous prizes and focused on the progressive jackpots that are featured in this series of slots.

As with the promotion held in June, all prizes are being independently drawn and awarded. The $250,000 cash giveaway will take place over three draws that will feature one person winning $100,000.00 and two other winners will each win $75,000.00. There are in addition to the three grand prizes, prizes awarded for fourth place to tenth with those winners each enjoying $5,000.00 as a bonus prize separate to the cash giveaway.

The odds of winning will depend on the number of participants and tickets entered into the draw. Tickets are earned for each $10 wagered and will only be awarded for play on specified DC branded games. These include Batman & The Joker Jewels and Batman & Catwoman Cash, there are multiple other games available in this series on DC branded games. The Playtech slots have eye-popping illustrations, film clips and phrases from the famous 60s Batman TV Series and have been a great hit with players due to each offering four progressive jackpots.

The COO of Playtech, Simon Akad, commented saying: "Following the popularity and success of our Age of the Gods promotion, this exciting cash giveaway is a fantastic opportunity to showcase our sensational DC branded slot series. We are delighted to bring the nostalgia of players' favorite DC Super Heroes and Super-Villains to the Playtech Casino and offer some huge cash prizes at the same time. We are certain the promotion will be a big success with both our licensees and their players."

Enter and Win your Ticket at Slots Million Casino, a highly regarded online casino that offers a superb range and selection of games from many of the world's leading suppliers, including Playtech. Registering today and making your initial deposit will qualify you for a welcome bonus up to $100 free but also will see 100 free spins on Gonzo's Quest added as a further bonus.