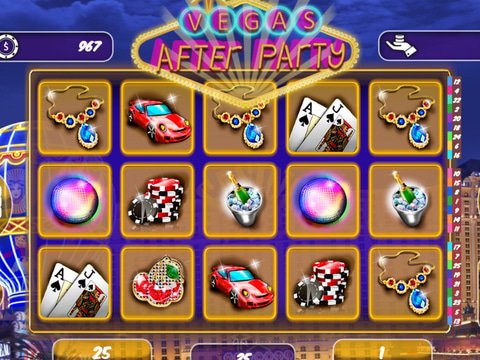 This is a slot game developed by the MrSlotty, and is once again one of the most thrilling slot games developed by the software developer. The slot game premiered in 2013, and also has a mobile game feature; it has a very different party theme from majority of the slot games, making it quite unique. It has 243 paylines, and the wagering rate is very open for all players, as it is affordable. It has a high return to player rate of 96.6%. The slot game has a very common theme, and majority of other features similar to the twin spin slot game, the reels on this game are able to duplicate and form another similar reel. It has a house edge percentage of 3.5%, with medium / high variance slot volatility. The coins betting range is from 0.01 to 0.05, where the minimum bet is 0.25, and the maximum bet is 125 coins., with the maximum jackpot prize of 135, 000 coins. You can play MrSlotty games for fun or real money.

There is a wild symbol, who is the jester lady, and she is able to replace all other symbols, she is only displayed on the 2nd, 3rd, 4th and 5th reels. The joint reels feature, is also available and for every one spin, two reels will combine, and form an expanding icon across the paylines. There are mostly two identical reels, but there are times when there will be three, four, or even five of the magical reels been displayed on the screen. The game has a very vibrant graphic design, with flashy and colorful symbols, with very good music playing in the background. There is a paw button that is pressed in order to start the game; there is also a maximum bet button that is available to spin the reels at the highest bet. The autoplay button runs the reels for an interrupted number of times. There must be 5 lion chip symbols appearing on the reels for players to win the 1000 coins jackpot.

Players can enjoy the slot game from the Vegasbet365 casino, the IW casino, and Bet365 casino. It offers players a number of welcome bonus rates, and is suitable for all types of players, those who wish to play for real cash, and those who can play for fun. The game can also be enjoyed on both the Android and the iOS devices, as they are all compatible for the slot game.