Under the Rainbow
Enjoyed playing this game?
Rate it → 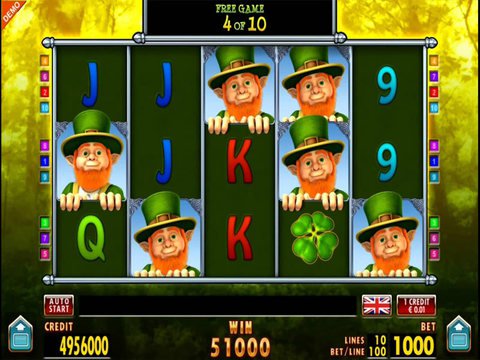 Under the Rainbow Game Review

Despite the fact that there are more things today that could be capitalized as a subject for slot games, it is no surprise that there will always be software developers like Merkur Gaming who would stick to the time-tested themes just like the Emerald Isle. Their approach to the green little people of the Emerald Isle along with its other iconic elements have led them to the creation of one of their better games, the Under the Rainbow Slot Machine which will surely fill your day with splendor and things to look forward to. The game may seem like an overboard game based on its title but, it is definitely not as it has been created to be one of the more straightforward Irish game compared to the competition. Get to know more about the classic-modern combination imbued into this great idea which even satisfied Canadian gamblers and more, through the no download Under the Rainbow free play slot demo.

Green and Gold Riches from the Emerald Isle

What more could you expect from a game hailed for the Emerald Isle title, than a display that's oozing with greens and gold? Just one look and there's no doubt that even beginner players would find out what the game is all about, making it apparent just how smoothly applied the theme was for the game. The background may seem like plain green but it's designed distinctly to look like bushes, which implicates that you're in a forest in the Emerald Isle. At the center is a robust yet simple-looking 5-column and 10-payline reel setup that's bound to be your best companion in this game. It comes with controls that's already pretty generic from Merkur Gaming which makes it easy to change the betting lines and range. You'll see varieties of symbols in the game from card icons, four-leaf clover, a green top hat, concertina, Celtic Charm, a pot of gold, rainbow and of course, the Leprechaun. The Rainbow, being the titular character of the game, plays the important role of the scatter despite only having 1000 coins at its back, which allows it to award scrumptious free games to boost your winning chances by bounds. The leprechaun however, is in a whole new league as he holds about 4000 coins as payout, which is the highest from the game and is a wild that woks with common substituting capability to help you build your combinations easier than ever.

A long list of Irish games is present in the market and aside from the Under the Rainbow Slot Machine, there's also the Shamrock Isle from Rival gaming which is as Irish as it can be. It is imbued with everything Irish and is presented in an awe-inspiring way, packed in a 5-reel and 20-payline matrix. Its reels take up most of the space for the game, making the vivid and crisp symbols stand out, while utilizing special features that's bound to help one get easier wins.

Make sure that you'll get the most out of the Under the Rainbow Slot Machine by playing it at Lvbet Casino where you'll be provided with heaps of bonuses to improve your bankroll, coupled with topnotch customer support and security to give you the worry-free experience which players deserve.