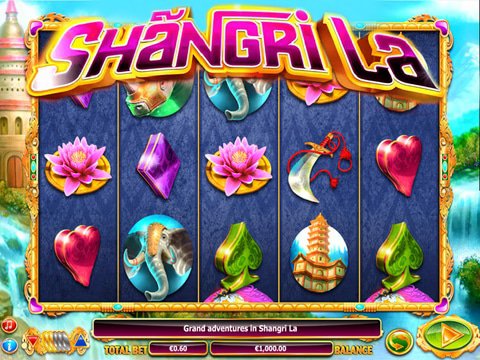 With the abundance of Orient games in the market in our generation, you may think that you already know the trend on how developers portray the Ancient Cities, temples and more. They can either take it into the route of admiring the beauties of the orient or go for something mythical. In this regards, Nextgen gaming really cuts itself away from the competition by presenting the Shangri La Slot Machine. The game packs a theme that's filled with adventuring across an Ancient and prestigious temple, with airs that will remind you of fantasy-based games. The rendering of the game is also close to being flawless to the point where you'll even lose yourself while spinning the game just like other Canadian gamblers who loved it. If you want to scour the outskirts of the game first before delving deeper with true dangers and risks, the no download and no registration Shangri la free play slot demo here would surely provide you with the help you need.

Uncovering Treasures in a Temple

Whether it be the reels, symbols or the pristine and captivating background of the game, there's no doubt you'll agree of its exceptional graphic design. The temple, forms of water and forests surrounding the area builds up the electrifying aura of the game which will surely make you eager to explore more. The game hosts a lavish-looking and intricately made reels with the four suits in cards, a blade, lotus bloom, pagoda, royal elephant and rhinoceros with golden armor and the eye-catching and honorable Siberian tiger. Holding the graphics altogether is the game's carefully chosen audio tune that will surely make you more engage to what it offers. Aside from the other symbols, there's also the explorer girl who exudes an aura like Tomb Raider which comes with the all-important Wild capability of the game and the golden artifact which is the scatter of the game. The scatter in this game is more special than you think because aside from triggering free spins, it can also luckily give you entry to the bonus games and features of the reels which includes trail bonus, chest bonus and the super version of the free games. The controls at the bottom are neatly packed as well, allowing players to easily adjust betting conditions accordingly. There's also a gamble feature for those who are feeling more daring than usual and a pay table button if you want to accommodate yourself more with the mechanics and other information about the game.

If there's anything in the waging industry that's never going to run out soon, that's the number of orient games in the market and another one like Shangri La Slot machine which you could try is the Archibald Orient Slot from World Match. It comes with an adventure theme through the wilds of the orient packed in a 5-reel and 50-payline gameplay while utilizing lucrative symbols from wilds, scatters and bonus symbols.

Anyone would surely get excited to play the Shangri La Slot machine when they successfully tested its waters and we suggest that you play it for real at Slots Million Casino. This site boasts a welcome package consisting of a dollar-for-dollar match-up of up to $100 for your initial deposit, over 100 free spins, reload bonus, cashbacks and more VIP-exclusive promotions.