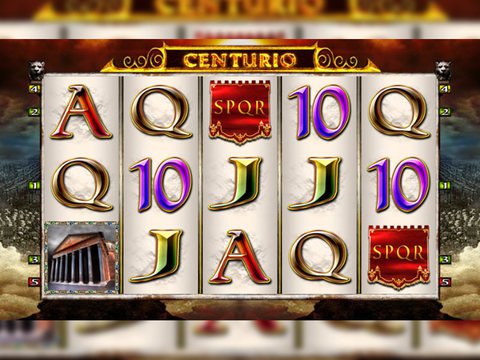 When Rome was invading states and countries, people quake under the Centurions' feet. During the Roman Empire, countries fell one after another. Among them were Britannia (which is now England), France, Greece, Span and the Middle East. It would not have been possible without the Centurions. This is what Centurio slot machine is all about and you can play the game on LVBet Casino. There's no download and no registration needed from the top Canadian gambling site. Signing up with the website will give you as much as $1,000 no deposit bonus, and a massive 1,000 free spins. This website is 100% certified so you are assured that whatever you win will be paid. Sign up today, or play the demo to find out which games you like.

The Centurio slot machine centers around the feared Roman soldiers during the time before and even during Pax Romana. That name, however, is not given out easily. The soldier has to prove himself to be a capable warrior before he can command an army.

There's no progressive jackpot in this game, but this five-reel, five-pay line game offers rich rewards as well just like the invading Centurion army where any loot, or women, is fair game. There are scatters and wilds and even surprising rewards hidden in some symbols, so you can still finish the game with some healthy profit.

You can't adjust the wager because the values are fixed. But you can choose how many coins you can bet per pay line, from $0.05 to $10. The max bet can give you thousands of dollars in payout.

It is for this reason that people who like to gamble big and win big may shy away from Centurio slot machine. But if you like to have fun as you immerse yourself with the gameplay, with a little bet on the side, then this game is for you.

As with all Merkur games, you can expect a ladder game and card minigame in Centurio slot machine. With the ladder game, you can pit your skills at strategy against the machine. You want to be climbing that ladder in order to win big. With the card game, you have to choose the correct color--either red or black--and if you choose right you continue on the game. The longer you can stay in the card game, the bigger your prize money will be.

Centurio slot machine can be compared to the Centurion game. Both have almost the same gameplay and you can be forgiven if you confuse the two. The latter game has five reels and 20 pay lines. Expect to see chariots and gladiators in this game. There's also a mini-game where you help soldiers get back to Rome. Speaking of the Roman Empire, you can also play the Gladiator game, which is based on the Russell Crowe star back in 2000.