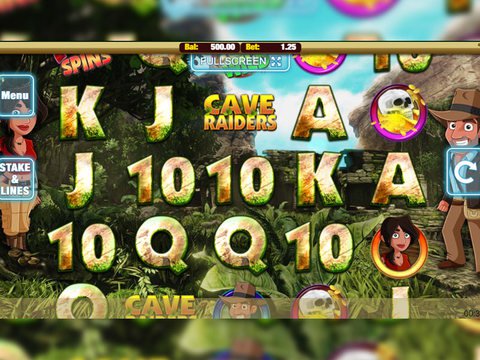 There are those who crave the life of the pirates with their aim of amassing wealth across the seven seas. However, doing so without traversing the seas is also possible and that is something you can do as archeologist, looking for treasures above ground, below the ground or even inside caves. Nektan Software revolutionizes adventure slots with its newly-developed game, the Cave Raiders Slot machine. Just as it sounds, it features raiders of Caves, searching treasures from this long-forgotten places and amassing wealth without sailing blindly across the sea. The brand is also extremely focused in making games compatible for both browser and mobile platform, through HTML5 Technology, giving you their games for mobile use as well. Try their game out and see if it can be your go-to game today through the Cave Raiders free play slot demo embedded here.

Unearthing treasures from long-lost civilizations who stayed in caves or other forms of ancient structure is something that is not new to the slot industry. Still, it's a very invigorating activity that will surely leave many in high spirits especially with the impeccable graphics which the game possesses. Not to mention, the two archeologists and adventurers bear resemblance to two famous characters of movies and games which is Lara croft and Indiana Jones. Although they may not be the characters, they likeness are still uncanny and many goes off playing the game with that kind of belief. The reels run with a 5-column and 25-payline setup, giving you a game that will surely bring you wins more often than other reels could. Aside from the great backdrop depicting a Mayan-like civilization and the two characters, the symbols on the reels themselves are also made of high-quality and are extremely great combinations with the theme of the game. The symbols include varieties of card icons set with archaic rock designs, a golden Mayan Statue, a king cobra snake representing the dangers within, the two archeologists and the game's symbol. The game's symbol is the one you'd certainly want to have on your reels as it is a gracious, heaven-sent symbol with the best payout of the game which is a thousand times of your bet. You'll also have an easier time with the Wild Skull symbol of the game because not only does it provide substituting capabilities, it also reassures you that if you luckily get three of them in a combination, you automatically get the highest payout of that combination.

If raiding a cave is far from what you want to do and instead, you just want to live in a Cave and go back to olden times, the Toc Toc Slot from iSoftbet will surely be the perfect matchup for you. It's got a lavish 5-column and 50-payline reel which will get you a stunning payout rate while utilizing impressive features to boost your winning chances to new heights.

We recommend you to get an awesome experience with the Cave Raiders Slot Machine by playing it at Enzo Casino, a casino made with superb bonuses and features that's ought to keep you motivated to spin the reels more. Not to mention, it's backed up by great customer service and high-quality security to keep your gameplay and transactions as secure as possible.