What Is The Difference Between European Roulette and American? 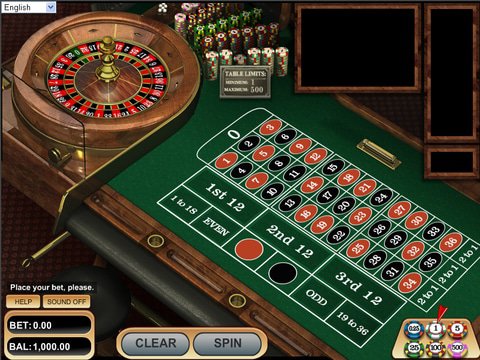 European Roulette as one would expect is a game that can be traced back to France, having first been played in the later 1700's in Paris. The exciting game of the "little Wheel" as it was called was originally designed for the Aristocracy and the wealthy. Now it can be played by anyone, and gone are the days of feeling intimidated by big time players at a live casino, one can join the exhilarating experience in the comfort of their own surroundings by playing at WinPalace Casino online!

When choosing a Roulette game online the player may wonder which is the better, American or European Roulette. The difference really is quite minimal as with both games, the player has the choice of placing his stake/chips on individual numbers. The difference is in the double zero feature making 38 numbers in the American game versus just one zero on the wheel in the European version. This tilts the odds slightly in the favour of the player if they decide to select European.

In terms of strategy, it should be understood there really isn't one. This is a random game and played purely for pleasure. As well as betting on single numbers, players can also choose to bet on black or red, even or odds or number ranges all clearly displayed on the playing area right in front of their eyes.

Since renowned software provider Betsoft created these short 30 second events, everything the player needs to get started is well displayed and easy to use. To choose his stake, various chip denominations are located neatly in the tray to his lower right. Once selected, he then clicks on the number, boxed number range, or whichever other box he decides, clicks the spin button and the game begins!

Come join in the fun and Play European Roulette for free. It's here today at the WinPalace!